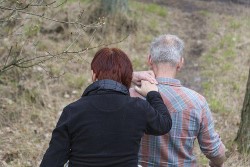 Sadly over time employees through absolutely no fault of their own (or of the employer) can become incapacitated and objectively unable to satisfactorily perform the functions of a job for which he or she is employed. The Fair Work Commission is quite often required to rule upon whether the termination of the employment of such an employee is relevantly unfair. As a general rule the Commission will loo at whether the employer can make reasonable adjustments to the employee’s role or work resources.

This extract from such a case explains the legal principles used by the Commission in such a case.

“s.387(a) — Whether there was a valid reason for the Applicant’s dismissal which is related to his capacity or conduct

[28] In order to be a valid reason, the reason for the dismissal should be “sound, defensible or well founded”, and not “capricious, fanciful, spiteful or prejudiced”. 21 The Commission will not stand in the shoes of the employer and determine what the Commission would do if it was in the position of the employer.22

[29] Where a dismissal relates to an employee’s capacity (i.e. where the reason is associated or connected with the ability of an employee to do their job), 23 and there is a dispute as to whether the employee possessed the requisite capacity to perform their job, it is for the Commission to resolve that disputed issue as a matter of fact.24

[30] The Applicant submits that there are a number of reasons as to why there was no valid reason for his dismissal. 25 In this regard, as best as I can understand it, on the issue of valid reason, the Applicant says that:

[31] The reason for dismissal of the Applicant, relied upon by the Respondent, is that the Applicant, at the time of his dismissal, was unable to perform the inherent requirements of his full time RFO role (now or into the future by reference to the conclusions in the Expert Report). 33 Further, the Respondent says that:

[33] In determining that the Applicant was unable to perform the inherent requirements of his full time RFO role (now or into the future), the Respondent relies upon the findings of and conclusions in the Expert Report. The Applicant does not challenge (by way of other medical evidence or medical opinion) the findings of and conclusions in the Expert Report in relation to his restrictions. 36 In other words, despite the Applicant being under the care of six different medical practitioners/specialists (Dr Rod for his general medical status, Dr Olinga for his cardiac status, Dr Farmer for his abdominal aortic aneurysm, Dr Johnson for his sleep apnoea, a renal physician for his renal kidney cyst, and an orthopaedic surgeon for his knees), the Applicant did not rely upon any medical evidence to challenge or otherwise qualify the restrictions, or the on-going nature of such restrictions, as set out in the Expert Report. Further, at the time of the hearing (in February 2022), Ms Kelly conceded that the Applicant remained incapacitated.37

[34] I observe that the Expert Report is extremely thorough. Its findings are based upon Dr Abeyarathe’s expert specialist medical opinion after examining the Applicant, consulting with the Applicant, consulting with the Respondent, reviewing and considering the Applicant’s medical records and history (including via direct contact with his treating doctors and specialists), undertaking relevant investigations, taking into account any relevant corroborating information, and having regard to relevant legislation and safety and driving standards. 38

[35] One of the Applicant’s complaints in relation to the Expert Report is that it has assessed him against duties that are no longer performed by him (in the RFO role, or within the Receivables Department that he worked in). However, the evidence is completely to the contrary. Indeed, under the heading “Occupational History”, the Expert Report states:

“Mr Mueller is a 63-year-old gentleman who reported that he has been working as a storeman in a full-time role for 18 years. He reported that his role as a store person has slightly changed following undergoing surgery in November 2019 for aneurysm repair. Prior to the surgery he reported that he was involved in receiving goods from trucks which required shovelling potatoes and frequent stepping up and down stairs. Mr Mueller reported that following the surgery, he has been completing tasks inside receivables which includes regular forklift operations to deliver items to the production teams that at times requires lifting up to 10 kg.

After discussing his duties on 26 June 2020 with you, you clarified that prior to the surgery, Mr Mueller was undertaking full duties in receivables which included unloading trucks with goods followed by supplying goods to the production teams. It appears that the initial tasks of receivables involved manual tasks that included shovelling of spilled potatoes and mobbing up and down ramps in the unloading process of the trucks. The latter part of receivable duties involves supplying goods to the production teams. It appears that Mr Mueller has been undertaking the latter half of the receivables in the past six months working in a fixed shift from 2pm to 2am.

As per the discussion with you and Warren on 17 December 2020 you have asked me to assess Mr Mueller’s fitness to return to all duties (that includes unloading trucks and supplying goods to production teams) required to be undertaken in Mr Mueller’s role in receivables. You have advised me that the tasks maybe allocated three times per week.” 39

[38] To the extent that the Applicant submits that his restrictions in respect of the duties to be performed in the RFO role could have been overcome by reasonable work adjustments, or existed only because the Respondent was not maintaining safe work systems, I am unable to find evidentiary support for the submission. Indeed, the evidence is that whilst some work adjustments were made in the form of mechanical aides (for example, a scoop was introduced, to be attached to the forklift, to clean up ‘large’ potato spills), 43 and independent risk assessments were conducted to reduce risks via reasonable work modifications,44 certain types of manual or physical work inevitably remained as inherent aspects of the RFO role (for example, shovelling potato spillage, and squatting down to retrieve spilled potatoes that have fallen under shelving and machinery).45

[39] The inherent requirements of a role are to be ascertained objectively by reference to what is actually required of the job in question (taking into account the relevant terms of employment, job descriptions and duty lists, the manner in which work is actually performed, and the nature of the business and workplace at which the work is performed). The focus is upon the essential elements of the job, not its remote or peripheral tasks. However, the inherent requirements of a role are not limited to physical abilities, competencies and skills, but extend to the ability to ‘safely’ perform a job (from the perspective of the employee doing the job, and that of his or her fellow employees). 46

[42] In conclusion, for the reasons set out on paragraphs [33] to [41] of this decision, I find that at the time of his dismissal by the Respondent, the Applicant had the restrictions set out in the Expert Report, being restrictions that prohibited him from safely carrying out the inherent requirements of the RFO role.

[43] I also find that, at the time of the Applicant’s dismissal:

[44] In view of my findings set out in paragraphs [42] and [43] above, I find that at the time of the Applicant’s dismissal, there was a valid reason for his dismissal based upon his capacity (including the effect of that capacity (incapacity) on the safety and welfare of himself and other employees). That valid reason was the inability of the Applicant to carry out the inherent requirements of his RFO role. This weighs against any ultimate finding that the Applicant’s dismissal was harsh, unjust or unreasonable.

[65] In considering whether the Applicant’s dismissal was “harsh, unjust or unreasonable” the Commission is required to consider each of the matters in s.387 of the Act to the extent relevant. 68  Those matters must be considered as part of an overall assessment. Each assessment must be made on its merits. That assessment is to be based upon the ordinary meaning of the words in the Act, in their statutory context. Context includes the object stated in s.381(2) of the Act that reads:

“…the manner of deciding on and working out such remedies are intended to ensure that a “fair go all round” is accorded to both the employer and the employee concerned.”

[66] In arriving at an overall assessment, the statutory considerations must be applied in a practical, common-sense way to ensure that the employer and the employee are each treated fairly. 69

[68] Overall, I find that the Applicant’s dismissal was not unfair. Accordingly, an order dismissing the Application filed by the Applicant in these unfair dismissal proceedings will be issued contemporaneously with this decision.”