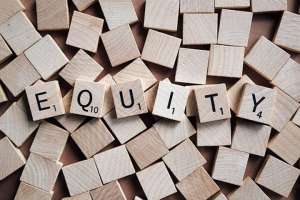 It is a matter of some notoriety in the Australian community that when an employer is considering dismissing an employee it is bound to adopt a process which is decent and fair. The Fair Work Commission often terms this requirement “procedural fairness”.

That said, it is a concept the existence if which is easier to state than to explain. . This is because the Commission takes the view that technical deficiencies may be ignored unless they lead to injustice. The practical application of the doctrine was put this way in a recent case.

“Also of significance is that the disciplinary process contained unfair elements which were not mere technical oversights. I take into account the recent observations by a full bench of this Commission in Federation Training v Sheehan: 78

“It is trite to observe that any issue/s of procedural unfairness may not be of such significance as to outweigh the substantive reason/s for an employee’s dismissal, particularly in cases of misconduct where the proven misconduct is of such gravity as to outweigh any other considerations in respect to ‘harshness’, such as age, length of service, employment record, contrition or personal and family circumstances.”

However, in this matter the failure to provide procedural fairness in substance as distinct from form had a material impact on the decision-making process. Those failures prevented facts in explanation, mitigation and corroboration from being considered or considered with an open mind such that they, or matters arising from them, could materially alter the employer’s prima facie view – that Mr Andrawos had committed serious misconduct warranting dismissal. The employer also wrongly jumped to a conclusion that all conduct after the business-client relationship was formed needed to accord with company policies, without considering whether conduct of a truly private nature in private time was in breach.”