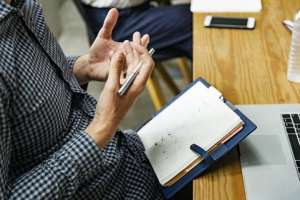 Many employees believe, wrongly, that he or she is not subject to Australia’s unfair dismissal protection laws if he or she is dismissed while serving out a period of probation. This is a view shared by many small business owners who may not have human resources personnel.

The fair work system, which covers most of Australia’s workers (because the system covers the employment of people who work for “national system employers” which by definition means any trading corporation), has nothing at all to say about probation.

Nor does probation have any role to play in  the application of the general protections of the Fair Work Act; see for example Pacheco-Hernandez v Duty Free Stores Gold Coast Pty Ltd [2018] FCCA 3734.

However, in Western Australia, its State system covers the employment of employees of various State government instrumentalities and of sole traders (ie unincorporated entities) and the Industrial relations Act 1979 (WA) requires the Commission to take into account the issue of probation when determining whether a dismissal relevantly unfair.

(2)         In determining whether the dismissal of an employee was harsh, oppressive or unfair the Commission shall have regard to whether the employee —

(a)         at the time of the dismissal, was employed for a period of probation agreed between the employer and employee in writing or otherwise; and