Unfair dismissal and out of hours conduct 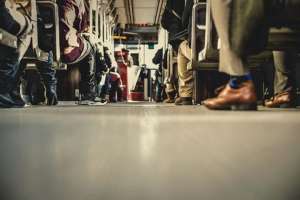 It is not uncommon for the Fair Work Commission to be required to rule upon whether out of hours conduct by an employee may be legitimately the basis for the dismissal of an employee. Here are the principles which apply to that issue as expressed in a recent unfair dismissal case.

“A Full Bench of the Commission in the case of Anthony Farquharson v Qantas Airways Limited 19 considered the question of whether out of hours conduct by an employee involves breaches of terms of the contract of employment, as follows:

“[18] In Rose v Telstra Ross VP undertook a detailed analysis of the law relating to termination of employment for “out of hours” conduct. Referring to the judgment of McHugh and Gummow JJ in Byrne v Australian Airlines, his Honour noted that the emergence of the modern law of employment can be seen as a movement away the status of servants in a master/servant relationship to a focus on contract with the result that:

“[a]n employee’s behaviour outside of working hours will only have an impact on their employment to the extent that it can be said to breach an express or implied term of his or her contract of employment.”

[19] The issue, then, is whether the “out of hours” conduct involves a breach of an express or implied term of the contract of employment. Ross VP then considered the relevant implied terms:

“Conduct which in respect of important matters is incompatible with the fulfilment of an employee’s duty. Or involves an opposition, or conflict between his interest and his duty to his employer, or impedes the faithful performance of his obligations, or is destructive of the necessary confidence between employer and employee, is a ground of dismissal … But the conduct of the employee must itself involve the incompatibility, conflict, or impediment, or be destructive of confidence. An actual repugnance between his acts and his relationship must be found. It is not enough that ground for uneasiness as to future conduct arises.”

In the same case their Honours Starke and Evatt JJ note:

“The mere apprehension that an employee will act in a manner incompatible with the due and faithful performance of his duty affords no ground for dismissing him; he must be guilty of some conduct in itself incompatible with his duty and the confidential relation between himself and his employer.”

The obligations imposed by the common law duty of fidelity and good faith operate to prohibit acts outside of the employment which are inconsistent with the continuation of the employment relationship. But as Spender AJ observed in Cementaid (NSW) Pty Ltd v Chambers, ‘an actual repugnance between the employee’s acts and his relationship with his employer must be found’.

More recently the implied term of fidelity and good faith has been expressed as an obligation to serve the employer loyally and not to act contrary to the employer’s interest. In England this obligation appears to have been subsumed by the more general obligation of mutual trust and confidence. The implied term of mutual trust and confidence imposes reciprocal duties on the employee and employer that they shall not ‘without reasonable and proper cause, conduct themselves in a manner calculated and likely to destroy or seriously damage the relationship of confidence and trust between employer and employee’.

If conduct objectively considered is likely to cause serious damage to the relationship between employer and employee then a breach of the implied obligation may arise.

There is some support for the proposition that the existence of an implied term of trust and confidence in contracts of employment has been accepted in Australia.

The words `trust and confidence’ in this context are used in a contractual sense rather than as an ingredient of a personal relationship. As McCarry notes:

“… the words `trust and confidence’, just like the employee’s reciprocal duties of ‘fidelity and good faith’, do not now refer to the ingredients of a personal relationship, even if they once did. The words now represent, in shorthand form, a bundle of legal rights which have more to do with modes of behaviour which allow work to proceed in a commercially and legally correct manner than with ingredients in an interpersonal relationship.”

The above statement is consistent with the shift in the nature of the employment relationship, from status to contract, referred to earlier.

[20] His Honour then formulated a summary of principle which has now been applied on a number of occasions:

“It is clear that in certain circumstances an employee’s employment may be validly terminated because of out of hours conduct. But such circumstances are limited:

In essence the conduct complained of must be of such gravity or importance as to indicate a rejection or repudiation of the employment contract by the employee.” (References omitted)

By borrowing money from someone who was a passenger on his bus whilst at the premises of his employer’s client, Mr Cuculoski damaged the relationship between his employer and its client the Crown Casino.

Then, following disciplinary meetings with his employer Mr Cuculoski of his own volition approached Crown Casino staff about the fact his employment was in jeopardy. This caused his employer’s client, the Crown Casino, to make further complaints to his employer about his conduct.

I am satisfied that borrowing money from a person whom Mr Cuculoski knew to be a passenger who regularly used his bus whilst at the Crown Casino and then not paying this money back when agreed was a valid reason for his dismissal.

Separately, I am also satisfied that raising the fact that his employment was in jeopardy with staff of the Crown Casino was a valid reason for his dismissal.”