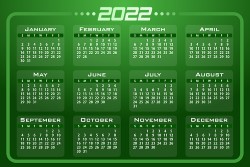 But how is service as a casual employee treated? Here is the answer.

(i) the employment as a casual employee was on a regular and systematic basis; and

(ii) during the period of service as a casual employee, the employee had a reasonable expectation of continuing employment by the employer on a regular and systematic basis; and

(i) the employee is a transferring employee in relation to a transfer of business from an old employer to a new employer; and

(iii) the new employer informed the employee in writing before the new employment started that a period of service with the old employer would not be recognised;

the period of service with the old employer does not count towards the employee’s period of employment with the new employer.”

[49] For a casual employee to be said to have worked “regularly and systematically” within the meaning of section 384(2) of the FW Act it is sufficient for their employment to have been “regular” in the sense of being frequent notwithstanding it being unpredictable, and “systematic” in the sense of it being part of a pattern of engagement occurring as a consequence of businesses reliance on the employee’s services notwithstanding that the precise pattern of working may not be foreseeable to the employee. 15

[50] The evidence as to incidence of work is as follows:

[51] Also relevant are my findings that:

[52] I also note the contextual consideration that Ms Murdoch’s frequency of work was somewhat greater in the year prior to her final twelve months, and that in some limited respects the COVID-19 impacts of 2020 and 2021 caused a decline in the frequency of work available to the casuals. On Ms Murdoch’s evidence, 17 across the entire period of her two years and four months of employment, she worked on 116 days, which equates to approximately a cumulative period of four months.

[53] As noted, whether employment is “regular” within the meaning of s 384 bears a relationship to frequency more-so than predictability. In the abstract, working 24 of 365 days in her final year with AFF could be said to be infrequent. However, context matters. The business of AFF was dependant on the incidence of death in the local community. That was not a daily occurrence. The evidence is that the incidence of a death contracting AFF’s services was “erratic” and “spontaneous” in nature 18, around weekly though it could be up to fortnightly.19 Work was required to be performed by AFF’s funeral directors at least that frequently but not daily. A death could involve up to three tasks being performed at different times – a transfer, preparation of the deceased, and conduct of a service or burial.

[54] Thus, in the context of this business, regularity bears a relationship to the frequency of work when work was available to the pool of casuals. In this context, work on 24 days in Ms Murdoch’s final year equated to work, on average, almost one day per fortnight. In the context of available work capable of being performed, that incidence was not infrequent and can be objectively characterised as regular in the particular circumstances. That the pattern of work was unpredictable and not rostered in advance arose largely from the nature of business operations and does not preclude a finding of regularity. 20

[55] I also take into account that Ms Avery in her evidence acknowledged that Ms Murdoch, at least in some sense, worked regularly. 21

[56] Was Ms Murdoch’s employment systematic? Ms Murdoch was a casual employee ‘on the books’ and was routinely assessed for available work. To that extent, there was a system by which she could be and was offered work.

[57] Other than in her final three months of employment, the extent to which AFF relied on Ms Murdoch was material. Aside from the rare occasion when a new person was hired who required preferential shifts in order to learn on the job, Ms Murdoch was, in her final year, an experienced employee and offered shifts. As noted, on 21 October 2020 Ms Avery indicated in writing to Ms Murdoch:

“you will continue to be our go to for funerals and transfers”.

[58] This, coupled with the fact that over the following nine months Ms Murdoch worked at least once per fortnight is evidence that the business placed material reliance on her notwithstanding that she was one of five in the pool of casuals.

[59] It appears to have been only in her final three months of employment, and following Ms Murdoch being unavailable to take the transfer work offered on 25 August 2021 and 7 September 2021 that, for whatever reason, the business no longer placed the same level of reliance on her.

[60] I do not give particular weight to Ms Avery’s evidence that she and Mr Altschwager had shortly prior to 3 November 2021 made a private decision not to offer Ms Murdoch transfer work. Ms Avery’s evidence in this regard was somewhat equivocal. Ms I’Anson was unaware of any such decision 22 though Mr Altschwager in his closing submission said that an employee other than Ms I’Anson had been advised. More materially, Ms Murdoch had not been informed and, in any event, she remained a casual on the books irrespective of whether she was to be offered future transfer work.

[61] Considered overall and on balance, I conclude that Ms Murdoch’s employment as a casual in the twelve months prior to the alleged dismissal, whilst unpredictable given the nature of the business, was nonetheless regular and systematic within the meaning of the FW Act. Section 384(2)(a)(i) is made out.

[62] Did Ms Murdoch have a reasonable expectation of continuing employment on a regular and systematic basis?

[63] Ms Murdoch had been asked by the employer in May 2021 to provide evidence of a flu vaccination (to attend aged care homes for transfers), and did so. 23

[64] Ms Murdoch had worked regular shifts since then and been offered work on 25 August and 7 September 2021.

[65] Ms Murdoch was not subsequently informed by AFF or any person acting on behalf of the employer that her employment circumstances had changed as far as the business was concerned, whether in regard to transfer work or otherwise. She had received no advice or information calling her work or work performance into question.

[66] These factors considered collectively lead me to conclude that in the period prior to her alleged dismissal 24 Ms Murdoch had a reasonable expectation of continuing employment on a similar basis to that which she had worked over the preceding year. Section 384(2)(a)(ii) is made out.

[67] As sections 384(2)(a)(i) and (ii) are satisfied, Ms Murdoch’s service as a casual in the twelve months prior to her alleged dismissal counts for the purposes of the minimum employment requirement.

[68] Moreover, the gaps between the twenty four shifts worked by Ms Murdoch in the year prior to the alleged dismissal did not relevantly interrupt service. As noted, gaps between casual contracts of work do not necessarily break service because it is the employment relationship and not the contract that is assessed for continuity. Nor were they “excluded periods” under s 22 of the FW Act as I do not consider they were relevantly “unpaid authorised absences” given that Ms Murdoch was not absent from rostered work on those days.

[69] For these reasons, Ms Murdoch had been relevantly employed for at least one year prior to the alleged dismissal. She met the minimum employment period under s 384 of the FW Act to be eligible to make an unfair dismissal claim under s 394.”