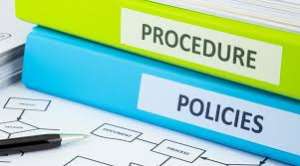 An employer is entitled to insist upon an employer complying with lawful and reasonable instructions, including to visit a medical practitioner of the employer’s choosing if the reason for the requirement is legitimate and the circumstances are reasonable.

[54] The Applicant did not dispute an employer’s right to direct an employee to attend an IMA. Contention arose in regard to the requirement for such a request to be reasonable. The Applicant referred to a passage from Blackadder v Ramsey Butchering Services Pty Ltd [2002] FCA 603 at [69] that stated:

[56] The Applicant asserted that at no stage did the Respondent make enquires as to whether or not he had access to a vehicle or means of attending this appointment.

[57] The Applicant further submitted that the timeframes provided to respond and attend the IMA’s were not reasonable given his circumstances. These circumstances included the Applicant’s limited access to a computer, smartphone and the internet, with his preferred means of contact being by post. The timeframes provided were considered onerous by the Applicant who claimed to often not receive documents until after a time that a response had been due from the Respondent. The Applicant also asserted that he was not provided with an opportunity to adequately respond to the reasons for his termination.

The Respondent argued that the Applicant’s failure to comply with a lawful and reasonable direction and his medical incapacity to perform the inherent requirements of the role constituted a valid reason for dismissal.

[64] The Respondent drew reference to Selvachandran v Peteron Plastics Pty Ltd (1995) 62 IR 371 at [373] where it was noted that a valid reason is one that is “[s]ound, defensible or well founded. A reason which is capricious, fanciful, spiteful or prejudiced could never be a valid reason.” The Respondent argued that its decision to terminate the Applicant was ‘sound, defensible and well founded’.

Failure to comply with a lawful and reasonable direction

[89] It is generally acknowledged that employees have an obligation to obey lawful and reasonable directions from the employer, and failing to do so may constitute grounds for termination. 5

[90] It is common ground between the parties that the Respondent had the power under the contract of employment to direct the Applicant to attend an IMA. 6 I accept that the directions issued on 15 August 2016, 12 October 2016 and 26 October 2016 were lawful directions. The directions were relevant and essential to the Respondent’s ability to determine whether or not the Applicant would be capable of fulfilling the inherent requirement of his role. The questions for consideration in relation to the direction are:

[91] The Respondent pointed to the matter of Blackadder v Ramsey Butchering Services Pty Ltd 7 for guidance on the question of the reasonableness of a direction to attend an IMA. That case confirmed the proposition that ‘an employer should, where there is a genuine indication of a need for it…be able to require an employee, on reasonable terms, to attend a medical examination to confirm his or her fitness.8

[92] The Applicant in this matter advanced two submissions as to why he said the direction to attend the IMA was not reasonable, those being the proposed location of the IMA and the failure to give appropriate notice to attend the IMA. 9

[93] In Grant v BHP Coal Pty Ltd 10 requiring an IMA in circumstances where the employee had a lengthy absence from the workplace and provided only generalised medical certificates which provided limited information as to the medical condition was considered a factor in finding a direction to attend an IMA reasonable. There being no evidence that the employer had exhibited any predetermined view of the employee’s state of health or revealed any malevolent intent in directing the employee to attend the IMA and the IMA being scheduled with the appropriate medical practitioner were also considered factors in support of the reasonableness of the direction given in Grant.11

[94] In this matter, it is uncontroversial that the Applicant undertook a period of unpaid sick leave from March 2016 until the termination of his employment on 5 January 2017. During that period, the Applicant provided a number of medical certificates on 19 August 2016, 15 November 2016 and 12 December 2016. These medical certificates provided generic statements as to the Applicant’s incapacity to attend work with little substance as to his condition or the likely period of his absence. Given this, it was reasonable for the Respondent to make enquiries as to the nature of the illness in order to make an accurate assessment as to his ability to perform the inherent requirements of his role. This position is supported by the Respondent’s correspondence to the Applicant on 15 August 2016 stating:

“Given that it is unclear to us when you may be able to return to work, we require you to attend an independent medical assessment to better understand the nature of the injury and/or illness that has prevented you from performing your role, and whether or not your will be fit to attend work in the near future.”

[95] While the underlying basis for requesting the IMA was reasonable, the question arises whether the manner in which the direction was issued, in relation to location and notice, was reasonable.

[96] There was no evidence before the Commission to indicate that the employer had exhibited any predetermined view of the Applicant’s state of health or revealed any malevolent intent in directing the employee to attend the IMA that may form part of the factual matrix in assessing whether the location and notice of the IMA was reasonable.

“However, depending on the nature of the information provided…we will reschedule this appointment and provide you with a further direction to attend an independent medical assessment.”

[98] The issue of location as a factor in the Applicant’s attendance at the IMA first arose in his correspondence to the Respondent on 29 September 2016 in which the Applicant refused to consent to information being obtained from the Applicant’s medical practitioner, but otherwise stated that:

“I’m prepared to compromise and will attend for assessment with an independent specialist located on the Gold Coast, preferable the southern end of the Gold Coast.

With respect to date/time of appointments, I request for options or alternative date/time to be provided regarding appointments to accommodate all parties thank you.”

[99] It is uncontroversial to suggest that a direction may be given to an employee which does not accord with their preferences. The question remains whether the direction was reasonable. A direction should not be considered unreasonable solely by reason of being a non-preferred option of the employee.

[100] In this matter, while the exact preferences of the Applicant may not have been complied with, it is clear that the Respondent had sought to accommodate the Applicant’s location by scheduling an appointment on the Gold Coast and offering to reimburse travel costs incurred in attending. The Applicant argued that his impecuniosity and his associated requirement to travel on public transport, which would take more than two hours each way, and his inability to cover the upfront costs to then be reimbursed by the Respondent are factors in finding that the direction was unreasonable. Neither of these factors were communicated to the Respondent in the Applicant’s correspondence of 24 October 2016 (his response to the two proposed IMA’s by the Respondent on 12 October 2016).

[101] The evidence of Ms Robinson was that she could not recall if she had requested for the specialist psychiatrist at the southern end of the Gold Coast when organising the appointment for the Applicant. 12 Mr Wilkinson provided evidence that at the time of arranging the IMA, he understood that the Applicant did have a car.13

[102] In circumstances where the Applicant:

I find that requiring the Applicant to attend an IMA was as proposed, was not unreasonable, by virtue of the location of those appointments.

[103] I now turn to whether the direction was unreasonable by virtue of the notice provided to the Applicant to attend. This matter involved a series of communications between the period of 15 August 2016 and 3 November 2016 by both email and post. The repeated requests to attend an IMA were communicated to the Applicant by the Respondent and should be viewed as a collective attempt at gathering information regarding his medical status and his ability to return to work.

[107] I agree with the proposition advanced by the Respondent, in accordance with the reasons in Laviano v Fair Work Ombudsman 19 that the Applicant unreasonably chose to adopt an impractical method of communications and now seeks to use his ignorance of his employer’s communications “not even as a shield but as a sword, in the present proceedings”’.20

[108] The Applicant’s representative advanced a submission that Laviano could be distinguished from the current matter as it involved a more serious failure to communicate and repeated refusals to follow directions. 21 While the circumstances in Laviano in relation to the inadequate communication by the employee may have been more extreme than the present matter, this does not mean that behaviour on an employee’s part that is less unreasonable, but still unreasonable, will render an employer’s direction unreasonable. Further, while the number of employer directions not complied with in Laviano may have contributed to a finding that the employer had a valid reasons for the dismissal, in relation to s.387(a) of the Act there is no requirement for more than a singular valid reason and that decision should not been seen as imposing some additional requirement/s for the failure to follow a lawful and reasonable direction to attend an IMA to be considered a valid reason for dismissal.

[110] As I have stated, the Applicant created a reasonable inference that he was contactable by email by corresponding at times via email and by failing to inform the Respondent of his intention to correspond by post only. While the Applicant may not have considered to be obligated to check his emails regularly while not at work, he did have obligations under his contract of employment to cooperate with Virgin Australia in relation to issues concerning his employment and managing health related concerns. Further, I am inclined to agree with the Respondent’s submission that the Applicant should have been on notice that the Respondent may attempt to contact him in relation to matters of fundamental importance to his ongoing employment and that he therefore should have been actively monitoring potential communication methods, or at least provided notice to the Respondent that he was only going to be communicating by post (even though through his conduct it was clear that he was already communicating with the Respondent by email).

[111] Given that I consider the Applicant’s actions in choosing to correspond in an overly restrictive manner which appears to be inconsistent with his contractual duties, rather than considering whether the direction was unreasonable because of the notice provided in terms of when the Applicant in fact was notified, I intend to examine the issue of unreasonableness in relation to the notice provided from the perspective of the date of the provision of the direction.

[114] In relation to the deadlines provided when responses were requested by the Respondent during the process of scheduling the IMA, the Respondent was required only to provide a reasonable and lawful direction and not required to follow any specific procedure to allow the Applicant a response to the proposed direction before it is made.