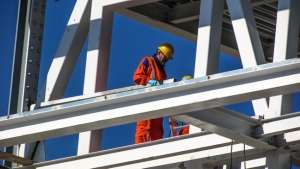 The most significant structural justification for companies to obtain their labour requirements from labour hire companies is to avoid the obligations the law imposes upon employers, including unfair dismissal laws. The community often wrongly believes that when a “host employer” instructs a labour hire employer that it no longer wants a particular employee to attend its site, there is no recourse that the employee has to protection from unfair dismissal. That is wrong as the following passage from a Fair Work Commission unfair dismissal decision makes clear.

“I accept that there may be cases where labour hire employers move their employees around from assignment to assignment with different ‘hosts’, and where the mere ending of one assignment with a particular host does not end the employment relationship. However, I do not think this was such a case.

Having found that the applicant’s employment was terminated by the respondent, it is necessary to consider whether the dismissal was harsh, unjust or unreasonable.

Before turning to the specific statutory provisions, it is appropriate to make some general comments about labour hire arrangements of the type under which the applicant was employed. In particular I wish to reiterate the statement made by Deputy President Asbury in Kool v Adecco 13 (which has been quoted with approval by Full Benches of the Commission in Pettifer14 and Tasports15:

‘…the contractual relationship between a labour hire company and a host employer cannot be used to defeat the rights of a dismissed employee seeking a remedy for unfair dismissal. Labour hire companies cannot use such relationships to abrogate their responsibilities to treat employees fairly. If actions and their consequences for an employee would be found to be unfair if carried out by the labour hire company directly, they do not automatically cease to be unfair because they are carried out by a third party to the employment relationship. If the Commission considers that a dismissal is unfair in all of the circumstances, it can be no defence that the employer was complying with the direction of another entity in effecting the dismissal. To hold otherwise would effectively allow labour hire employers to contract out of legislative provisions dealing with unfair dismissal.’ 16

‘… in the context of labour hire arrangements, the actions of an employer who dismisses an employee following the exercise of a host employer’s contractual right to have the employee removed from the host site cannot rely exclusively on the actions of that third party as their defence to a claim of unfair dismissal.’ 17

In this case, it is clear from the evidence that the reason the DOJ no longer wanted the applicant’s services was its concerns about her performance. In these circumstances, the applicant’s dismissal should be seen as a dismissal on the grounds of unsatisfactory performance and assessed as such.

Section 385 of the Act provides:

‘385 What is an unfair dismissal

A person has been unfairly dismissed if the FWC is satisfied that:

(a) the person has been dismissed; and

(b) the dismissal was harsh, unjust or unreasonable; and

(c) the dismissal was not consistent with the Small Business Fair Dismissal Code; and

(d) the dismissal was not a case of genuine redundancy.

Note: For the definition of consistent with the Small Business Fair Dismissal Code: see section 388.’

Section 385(a) of the Act is satisfied. As discussed above, the applicant was dismissed.

Section 385(c) of the Act does not apply in this case, as the respondent is not a small business.

Section 385(d) of the Act is satisfied. The applicant was not made redundant.

I must therefore consider whether the applicant’s dismissal was harsh, unjust or unreasonable. Section 387 of the Act provides:

(h) any other matters that the FWC considers relevant.’

It is quite clear that the applicant was not told of the real reason for her dismissal. Mr Ostro suggested that he did this out of some desire to spare the applicant’s feelings. However it is a fundamental feature of procedural fairness that an employee is told why their employer is planning to dismiss them – even if doing so is sometimes painful for either or both.

Obviously, because the applicant was not told the real reason for her dismissal she was not given the opportunity to respond to that reason.

The issue of a support person does not arise.

There is some evidence that Mr Head had told the applicant about his concerns about her performance, though it is unclear whether he or the respondent ever told her these concerns had placed her continued employment in jeopardy.

The procedures adopted by the respondent to effect the applicant’s dismissal were entirely unacceptable. It simply told her the DOJ no longer wanted her to continue her assignment. It simply hid behind the terms of the ‘Temporary Employment Agreement’ with the applicant. Such documents do not obviate the need for labour hire employees to treat their employees with fairness. There is nothing that suggests that its failure in this regard was due either to the size of the respondent’s business or its lack of access to human resources expertise. Rather, its actions appear to reflect its standard operating procedures, which, I would suggest, need review.

I do not consider that there are any other factors that need to be taken into account.”