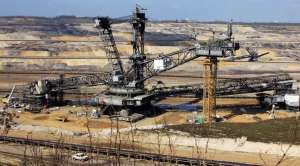 A decision by a host employer to remove a labour hire employee’s right to be on its site or in its operations will generally (but not always) be accepted as a valid reason for the dismissal of the employee by the latter.

“Was there a valid reason for dismissal relating to Mr Anderson’s capacity or conduct? (s.387(a))

[57] In Donald Pettifer v MODEC Management Services Pty Ltd, 30 it was held by the Full Bench that an instruction from a client that an employee of a labour hire company providing it with labour was no longer permitted to work on its site represented a matter that went to the employee’s capacity to work. This in turn led the Full Bench to conclude that this was a matter that required consideration pursuant to s.387(a) to determine whether or not it was a valid reason for the termination of the employee’s employment.31 In that case, the Full Bench was satisfied the contract between employer and the client obligated the employer to remove its employee from the client’s site, if instructed to do so.

[58] In this matter, PIM produced a contract between the entities LD&D Australia Pty Ltd and Programmed Skilled Workforce Limited, 32 together with an Account Management Plan.33 However, PIM is not a party to either of these documents and having considered the submissions of the parties, I am not persuaded that the terms of these documents apply. I have however noted Mr Cooke’s unchallenged evidence that:

[60] In the event my conclusion regarding there being a valid reason for dismissal relating to Mr Anderson’s capacity is incorrect, I am satisfied LDD’s withdrawal of his access to Morwell site can nonetheless be considered in connection with s.387(h), “any other matters the Commission considers relevant”, as outlined below.”