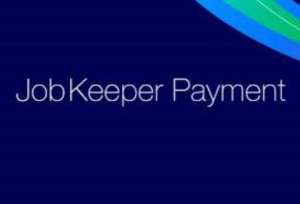 “In  a recent unfair dismissal case, the Fair Work Commission rejected a defence by the employer that the termination of the applicant’s employment was a genuine redundancy inter alia on the basis of a lack of required consultation and found the dismissal to be relevantly unfair partly on the ground that the employer had failed to consider the availability  of JobKeeper as an alternative to dismissal.

Here is an extract from the decision.

[43] It is necessary that I consider each of these factors.

[45] As there was no valid reason for dismissal based on the capacity or conduct of Mr Browne he could not have been advised of that reason (s.387(b)) nor be given an opportunity to respond (s.387(c)).

[46] The only discussion related to Mr Browne’s dismissal was that had with him by telephone on 9 April 2020. There is no claim by Mr Browne that he was unreasonably refused access to a support person for that meeting. I am therefore satisfied that there was no such unreasonable refusal (s.387(d)).

[47] The dismissal of Mr Browne did not relate to his performance. Section 387(e) of the FW Act is therefore not a relevant consideration.

[48] Section 387(f) of the FW Act relates to the degree to which the size of the employer’s enterprise would be likely to impact on the procedures followed and s.387(g) of the FW Act to the effect of the absence of dedicated human resources on the dismissal procedures.

[49] MSS had 57 employees at the time of the dismissal of Mr Browne. Not only that, it provides human resources services to LeasePLUS, SalaryPackagingPLUS and other related companies. Given its size and the service it provides it could reasonably be expected that MSS would have effective and fair procedures for effecting dismissal. If it does, it did not demonstrate any in this instance.

[50] Section 387(h) of the FW Act provides the Commission with broad brush to consider any other matters it considers relevant.

[51] I have taken into account the failure of MSS to engage in any discussion with Mr Browne (and other affected employees) about the changes at MSS caused by COVID-19 and its impact on the provision of resources to LeasePLUS, SalaryPackagingPLUS and other related companies.

[52] I have also considered whether Mr Browne could have been offered alternative roles with MSS.

[53] The failure to consult and the decision of MSS to employ 2 further sales consultants in May 2020 (one being Mr Kelly) is telling that there may well have been opportunities for Mr Browne to be redeployed. That Mr Browne would have been suited to or capable of fulfilling a sales consultant role is generally speculative. To the extent Ms Jaime Duckworth, who gave evidence for Mr Browne at the conference, considers that he could have fulfilled the sales consultant role, I am not convinced that this was a matter reasonably within her knowledge although I accept that, from her observations, she believed that he could.

[54] I have carefully considered the email of Ms Keikebosch to Ms Duckworth of 28 March 2020 – some 12 days prior to Mr Browne’s dismissal – that the business was not considering redundancies. I accept that it may well have been at this time that redundancies were not under active consideration, but I do not think that it can be ignored that the situation for many businesses, at this time, was extremely fluid. Further, I do not know that Ms Keikebosch could have known what it was that Mr Penberthy was considering for LeasePLUS and SalaryPackagingPLUS and the impact this might have on MSS.

[55] I have taken into account that neither MSS, LeasePLUS or SalaryPackagingPLUS ceased trading during the first (or subsequent) set of restrictions operating in Melbourne. In fact LeasePLUS has not only employed Mr Kelly but taken on another sales consultant since that first shutdown. Whilst the circumstances at the end of March 2020 did look bleak for MSS business clearly picked up.

[56] I do accept that, at the time Mr Browne’s employment was terminated the nature of the operation of JobKeeper was not known. It had been announced the previous week. However, Mr Browne is right, the purpose of JobKeeper was to ensure employees and their employer maintained a relationship, to minimise job loss and minimise redundancies. Whilst MSS may not have understood its operation on 8 April 2020 neither did many other employers who managed to maintain employees until such time as the JobKeeper payments came through.

[57] For all of these reasons I am satisfied that the dismissal of Mr Browne was harsh and unjust.”