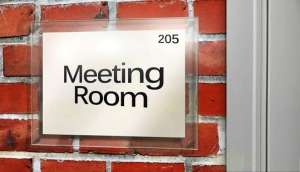 The essential elements of a binding settlement agreement of, say, an unfair dismissal case are remarkably limited. For example a simple oral agreement reached at a telephone meeting such as a conciliation conference, or in correspondence between parties is, contrary to some assumptions, perfectly binding and enforceable. In the following extract from a decision of the Fair Work Commission striking out a claim when an applicant reached a settlement agreement but sought to continue with the case, those legal issues are identified.

“The High Court has provided clarity as to circumstances when a binding contract will exist, as follows 1:

“Where parties who have been in negotiation reach agreement upon terms of a contractual nature and also agree that the matter of their negotiation shall be dealt with by a formal contract, the case may belong to any of three cases. It may be one in which the parties have reached finality in arranging all the terms of their bargain and intend to be immediately bound to the performance of those terms, but at the same time propose to have the terms restated in a form which will be fuller or more precise but not different in effect. Or, secondly, it may be a case in which the parties have completely agreed upon all the terms of their bargain and intend no departure from or addition to that which their agreed terms express or imply, but nevertheless have made performance of one or more of the terms conditional upon the execution of a formal document. Or, thirdly, the case may be one in which the intention of the parties is not to make a concluded bargain at all, unless and until they execute a formal contract.

In each of the first two cases there is a binding contract: in the first case a contract binding the parties at once to perform the agreed terms whether the contemplated formal document comes into existence or not, and to join (if they have so agreed) in settling and executing the formal document; and in the second case a contract binding the parties to join in bringing the formal contract into existence and then to carry it into execution.”  2

The Federal Court has considered that the Commission has the power to dismiss an unfair dismissal application under s.587 where a binding settlement agreement exists. That is because the binding settlement agreement extinguishes the pre-existing cause of action and the continued pursuit of the application based on such cause of action is clearly capable of being considered to be frivolous or vexatious or without reasonable prospects of success. 3

I am satisfied that a binding settlement agreement was reached between the parties.

This finding is further supported by the conduct of the respective parties, including that the Applicant’s representative requested that the conference on 16 August 2020 be vacated.

I have had regard to the Applicant’s assertion that he did not agree to the settlement amount in the Respondent’s offer dated 15 July 2020. In the absence of any submissions or evidence from the Applicant, I am not satisfied that he did not accept the offer. The email from Mr Gaffney dated 16 July clearly refers to the offer from the Respondent made on 15 July and accepts that offer. There is no evidence before me to suggest that Mr Gaffney did not act in accordance with his client’s instructions.

The fact that the Applicant has not filed a notice of discontinuance does not necessarily assist in demonstrating that his application has reasonable prospects of success in the circumstances.

Where there is a binding settlement agreement, the Commission does have the power under s.587(1)(c) of the Act to dismiss an unfair dismissal application as the settlement agreement extinguishes the pre-existing cause of action and it is plain that further pursuit of the matter would have no reasonable prospects of success.

I am satisfied that a binding settlement agreement was reached between the Applicant and Respondent. For the above reasons, I have determined that the application should be dismissed on the basis that it has no reasonable prospects of success. I order accordingly.”