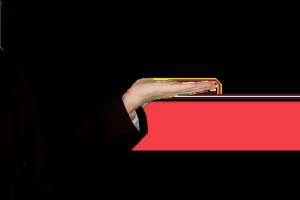 For an employer to make out the jurisdictional defence of genuine redundancy it must inter alia comply with the consultation obligations of an applicable modern award award or enterprise agreement. However a failure to do so does not mean that the employer’s case is doomed, particularly when such consultation would have made no difference to the outcome.

38.1 If an employer makes a definite decision to make major changes in production, program, organisation, structure or technology that are likely to have significant effects on employees, the employer must:

38.2 For the purposes of the discussion under clause 38.1(b), the employer must give in writing to the affected employees and their representatives (if any) all relevant information about the changes including:

38.3 Clause 38.2 does not require an employer to disclose any confidential information if its disclosure would be contrary to the employer’s interests.

38.4 The employer must promptly consider any matters raised by the employees or their representatives about the changes in the course of the discussion under clause 38.1(b).

38.5 In clause 38 significant effects, on employees, includes any of the following:

38.6 Where this award makes provision for alteration of any of the matters defined at clause 38.5, such alteration is taken not to have significant effect.

[27] The Respondent did not provide any notice to the Applicant about the decision to make her redundant. The situation to the Applicant would have been clear: there was no work for her in the capacity she was hired and that the employer had been utilising her to clean and maintain the restaurant but this could not go on forever. However, this does not ameliorate the requirement of consultation required under the Award.

[28] The evidence provided by the Respondent makes it apparent that there was no alternative work or positions that the Applicant could be deployed into. The Respondent had exhausted the alternatives that might be available and so any consultation that might have occurred would have been perfunctory and not change the outcome. The Respondent did not comply with the consultation requirements under the Award and therefore, this is not a case of genuine redundancy under s.389 of the Act.

[29] I must now consider whether the Applicant’s dismissal was harsh, unjust or unreasonable.

[30] Section 387 of the Act provides what matters must be taken into account in determining whether a dismissal was harsh, unjust or unreasonable:

[31] I turn to consider these factors.

Section 387(a): Was there a valid reason for the dismissal related to the Applicant’s capacity or conduct?

[32] In order to be a valid reason, the reason for the dismissal should be “sound, defensible or well founded”, and should not be “capricious, fanciful, spiteful or prejudiced”. 6 Further, the Commission will not stand in the shoes of an employer and determine what the Commission would do if it was in the position of the employer.7

[33] Based upon the evidence provided I am satisfied that the reason for the termination was that the business had no more work, it was as simple as that. There were no customers and the restaurant was closed and when the facility might reopen was an open question. Thus there was a valid reason for the dismissal.

Section 387(b): Was the Applicant notified of the valid reason?

[34] The Applicant was provided the reason – that there was no more work available.

Section 387(c): Was the Applicant given an opportunity to respond to any valid reason related to their capacity or conduct?

[35] This criterion is not relevant.

Section 387(d): Did the Respondent unreasonably refuse to allow the Applicant to have a support person present to assist at discussions relating to the dismissal?

[36] This factor was not an issue in this matter.

Section 387(e): Was the Applicant warned about unsatisfactory performance before the dismissal?

[37] This factor was not relevant.

[38] The organisation is on the small side of small business and I give some latitude in this factor to favour the Respondent.

Section 387(h): What other matters are relevant?

[39] The Applicant suggested that there were reasons for her dismissal other than that there was no work. Whilst sympathising with the Applicant, the Respondent simply had a restaurant that was closed and no customers. They would be unable to secure her any further work to do. The reason for her termination was done on rationale basis. This I find was a valid reason.

[40] The lack of consultation is a serious matter and the Respondent did not consult as per the requirements of the Award. However, the outcome of any consultation would not have varied the outcome. In a situation as dire as that facing the Respondent, I cannot reasonably envisage a series of facts that would have been capable of altering the decision to make the Applicant redundant – the internecine nature of the pandemic rendered the Respondent with little in the way of an alternative. In this case then the lack of consultation does not render the dismissal unfair.

[41] Had the Respondent properly consulted, there may have been a period before the dismissal took effect where the Applicant would have remained employed. Given the size of the employer, I do not consider that this time would have been particularly lengthy – it would likely have been hours, but not days. Further, given the casual nature of the employment relationship, it is not clear whether the Applicant would have been rostered in that consultative period, or at all, given the lack of available work. For these reasons, I do not consider there was any loss incurred due to the failure to consult.

[42] Due to the failure to consult, the redundancy cannot properly be considered genuine, within the definition of s.389 of the Act. While the process may have been procedurally perfunctory, it does not follow that the dismissal is correctly characterised as unfair. The dismissal was not harsh, unjust or unreasonable and was a soundly based and a rational decision.

[43] The application is dismissed. I Order accordingly.”