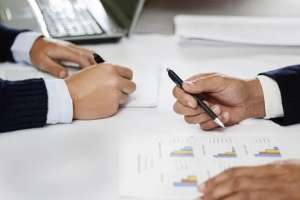 Here is a passage from a recent decision of the Fair Work Commission in an unfair dismissal case which explains the basic elements of a constructive dismissal.

[55] In order to determine whether the resignation of the applicant was forced because of conduct engaged in by the employer, the factual matrix that provides the context in which the resignation was given must be carefully analysed so as to determine whether the applicant had no other realistic option than to resign. The term constructive dismissal is used to describe inter alia, circumstances where an employee resigns but that resignation was the intended, desired or likely result of the conduct of the employer, and the employee had no other realistic option but to provide the resignation.

[56] The most common circumstance of a forced resignation involves an employer presenting the employee with an ultimatum of “resign or you will be dismissed”. However, there are many other situations that involve more subtle actions taken by an employer which can provide an employee with no other realistic option but to resign, and such resignation would be comprehended by subsection 386 (1) (b) of the Act, and described as a constructive dismissal.

“However industrial tribunals and courts have long accepted that an employee who resigns from his or her employment can and should be treated as having been dismissed by the employer if the dismissal is one where the employee did not resign willingly and, in effect, was forced to do so by the conduct of the employer.” 3

[58] In Mohazab, the Full Bench of the Court also referred to another authority in the case of Allison v Bega Valley Council  4 (Allison). The following extracts from the Decision in the Allison case is particularly helpful for application in the present circumstances:

“Although the term “constructive dismissal” is quite commonly used it can deflect attention from the real inquiry. That inquiry should involve an analysis of what occurred. Did the employer behave in such a way so as to render the employer’s conduct the real and effective initiator of the termination of the contract of employment and was this so despite on the face of it the employee appears to have given his or her resignation?”