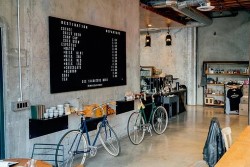 Casual employees are only protected against unfair dismissal if the employment meets the minimum employment periods required, was regular and systematic and there was a reasonable expectation that the employment would continue.

Here is a statement of the legal principles in a decision of the Fair Work Commission.

“382 When a person is protected from unfair dismissal

A person is protected from unfair dismissal at a time if, at that time:

(a) the person is an employee who has completed a period of employment with his or her employer of at least the minimum employment period; and …”

The minimum employment period is:

(a) if the employer is not a small business employer—6 months ending at the earlier of the following times:

(i) the time when the person is given notice of the dismissal;

(ii) immediately before the dismissal; or

(b) if the employer is a small business employer—one year ending at that time.”

(ii) during the period of service as a casual employee, the employee had a reasonable expectation of continuing employment by the employer on a regular and systematic basis; …”

[13] Section 22 of the Act provides the definition of ‘service’ and ‘continuous service’:

“22 Meanings of service and continuous service

(2) The following periods do not count as service:

(a) any period of unauthorised absence;

(b) any period of unpaid leave or unpaid authorised absence, other than:

(i) a period of absence under Division 8 of Part 22 (which deals with community service leave); or

(ii) a period of stand down under Part 35, under an enterprise agreement that applies to the employee, or under the employee’s contract of employment; or

(iii) a period of leave or absence of a kind prescribed by the regulations;

(c) any other period of a kind prescribed by the regulations.

[14] The Court in Yaraka Holdings Pty Ltd v Giljevic (Yaraka), 3 provided clarification on the construction of the regular and systematic test. The Court highlighted that it is the engagement in question that must be the subject of scrutiny:

“It should be noted that it is the “engagement” that must be regular and systematic; not the hours worked pursuant to such engagement.”  4

[15] The Full Bench of the Commission has reinforced the relied on this construction of the test in a subsequent judgement. 5 The Full Bench stressed that a pattern of hours worked is only one consideration in determination of whether the engagement itself is regular and systematic.6

[16] Regarding the meaning of regular and systematic the Court in Yaraka explained:

“The term “regular” should be construed liberally. It may be accepted, as the Magistrate did, that it is intended to imply some form of repetitive pattern rather than being used as a synonym for “frequent” or “often”. However, equally, it is not used in the section as a synonym for words such as “uniform” or “constant”.”  7

“Engagement under contracts on a ‘systematic basis’ implies something more than regularity in the sense just mentioned, that is, frequency. The basis of engagement must exhibit something that can fairly be called a system, method or plan …”  8

[17] The parties in the matter currently before the Commission have discussed the pattern and predictability of the Applicant’s shifts at length. The Court in Yaraka provided the following in relation to that issue:

“The concept of engagement on a systematic basis does not require the worker to be able to foresee or predict when his or her services may be required. It is sufficient that the pattern of engagement occurs as a consequence of an ongoing reliance upon the worker’s services as an incident of the business by which he or she is engaged.”  9

[18] The Court in Yaraka found the engagement in question in that matter was systematic and regular. The Court provided the major considerations for its determination:

“In my view there was such a basis apparent here. The system, method or plan involved:

(a) a shared understanding that a substantial part of the respondent’s time was and would be devoted to work for the appellant;

(b) the respondent preferentially making himself available to the appellant whenever possible;

(c) expected and acknowledged loyalty and commitment by the respondent to the appellant’s interests and ventures (the bonus payments are significant here);

(d) that the respondent would personally perform the work desired by the appellant rather than delegate it – such an inference, as indicated above, appears overwhelming;

(e) a shared understanding that the appellant would, in return, furnish the respondent with a substantial amount of work;

(f) an unusually high degree of mutual personal regard, trust and confidence between the parties (frequently deferred payment for services; ability to pledge the appellant’s credit); and

(g) stability of those features over a long period.”  10

“•  The employer regularly offers work when suitable work is available at times when the employer knows that the employee has generally made themselves available; and

[20] Regarding the reasonable expectation of continuing employment, Jackson J in Bronze Hospitality Pty Ltd v Hansson (No 2) (Bronze) noted the following in relation to forming an expectation:

“If the employee’s expectation was based, not on anything the employer said, but solely on her own observation of the regularity of her work shifts, it would be wrong to look back and say that, as it turned out, there was a reasonable expectation from the very beginning. An expectation could not be reasonable until the time at which the pattern necessary to make it so has emerged.” 12

[21] In relation to the reasonableness of an expectation that is formed, Jackson J stated:

“If that expectation has been formed, it is necessary to assess whether it is a reasonable one. It is true that the word ‘reasonable’ is generally used in the law to import an objective standard: Adams v Bracknell Forest Borough Council [2004] UKHL 29; [2005] 1 AC 76 at [33] (Lord Hoffmann). But the FWA does not limit the matters that may be taken into account in determining whether the expectation is reasonable.”  13…………………………………………………………..

[58] The Respondent focused on the wording and underlying intent of the contract and enterprise agreement that were in place. As outlined below:

[59] The Applicant also relied on the Representation and offering of shifts as evidence for a reasonable expectation of ongoing engagement.

[60] I note that the Respondent’s actions in offering the Applicant shifts after her return from her injury related absence is a relevant consideration in assessing the continuing nature of the engagement. I also note the Respondent continuously offered shifts to the Applicant.

[61] I accept the Applicant may have formed the expectation on the basis of the Respondent’s repeated offering of shifts.

[62] I do not however, consider the offering of shifts or the Representation to be basis for a reasonable expectation of continuing engagement on a regular and systematic basis. Although a relevant consideration, it is not decisive.

[63] The Applicant’s contract of employment was submitted into evidence. There is nothing included in the contract signed by the Applicant that made any suggestions that employment arrangement would be ongoing or potentially subject to a subsequent ongoing arrangement. 24

[64] From the evidence submitted, it is clear there was no agreed change in writing between the parties which suggested there was any change to the initial terms of the original contract.

[65] No clause in the contract or actions throughout the period of engagement reflect that the Respondent required the Applicant to prioritise or ensure ongoing availability. 25

[68] On the material before me, it is clear there were other indications that the engagement would not be of a continuing nature.

[69] The Applicant would accept work as desired, and this suited her personal circumstances. I find that, if the Applicant and Respondent had sought to formally change the initial intent of the engagement or had there been an intent for the Applicant’s employment to be continuing, the Respondent, or the Applicant, would have made efforts to advance that intention.

[70] I also note there is scope under the relevant enterprise agreement for the Applicant to have been engaged on a permanent part-time basis under clause 5.4(a), 27 however this had not occurred nor is there any evidence of any intention for this to occur.

[71] The non-ongoing nature of the engagement suited the Respondent, who highlighted that it was not logical to employ a worker with an ongoing expectation of regular and systematic work while that worker still had the flexibility of cancelling and rejecting work as desired.

[72] It was confirmed by Mr Ross, and in a section of an article submitted by the Respondent, that the Applicant had professional pursuits in the industry outside of her work at the Respondent. It follows that a non-ongoing, irregular, and unsystematic engagement would possibly suit the Applicant.

[73] I find that the Applicant may have formed an expectation of ongoing employment due to the Respondent’s regular offering of shifts. However, considering all relevant circumstances, I do not consider that any expectation would have been reasonable at any point in time throughout the engagement.

[74] Therefore, consistent with section 384(2)(a)(ii) of the Act, and assessing the evidence submitted, I do not believe the Applicant should have ever held a reasonable expectation of continuing employment with the Respondent.

[77] The Applicant’s unfair dismissal application is therefore dismissed and an Order [PR742589] to that effect is issued concurrently.”