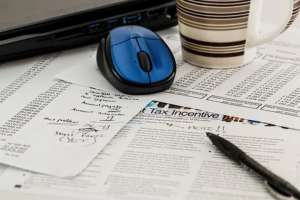 The capacity of an employee to fulfill the inherent requirements of a job is a critical issue for employers and this is reflected in the preparedness of the Fair Work Commission in unfair dismissal cases to support employers who dismiss employees for being unable to do so. Here are some examples of the principles.

“The word “capacity”, as used in s 170CG(3)(a), means the employee’s ability to do the work he or she is employed to do. A reason will be “related to the capacity” of the employee where the reason is associated or connected with the ability of the employee to do his or her job. The terms of s 170CG(3)(a) provide no support for Mr Crozier’s contention that there can be no “valid reason … related to the capacity … of the employee” where an employee is working to his or her personal best, even though this personal best is less than what is required to do the job for which he or she is employed. Plainly, there can be a valid reason for the termination of an employee’s employment where he or she simply does not have the capacity (or ability) to do the job. In this case, the Full Bench found that Mr Crozier knew that “the main focus of his position was to generate new business”; that he failed to meet this objective; and that his failure was not due to external factors but to a lack of capacity (or ability) as a sales representative (at 150 & 152-153). In making these findings it acted within jurisdiction, and we detect no jurisdictional error in its approach.” 30

“In a dismissal related to the person’s capacity, s.387(a) requires the Commission to consider and make findings as to whether, at the time of dismissal, the applicant suffered from the alleged incapacity. Such findings are to be based on the relevant medical and other evidence before the Commission.” 33

In Serco, 34 a Full Bench of the Commission adopted the approach taken in Jetstar Airways Pty Limited v Neeteson-Lemkes (Jetstar) [2013] FWCFB 9075. on capacity at the time of dismissal, and said:

“As noted in Jetstar, it is well-established that, although the validity of a reason for dismissal may be determined by reference to facts discovered after the dismissal, those facts must have existed at the time of dismissal. Applying this principle to the matter before us, Dr White’s evidence was correctly excluded from the assessment of whether there was a valid reason for Mr Hyde’s dismissal because it was clearly founded upon a factual situation which came into existence well after the date of Mr Hyde’s dismissal. Dr White examined Mr Hyde on 10 November 2017, some two months after his dismissal, and his evidence concerned Mr Hyde’s capacity as at 10 November 2017; not his capacity as at the date of his dismissal. The validity of that part of Serco’s reason for dismissal which concerned Mr Hyde’s future capacity to perform his duties must be assessed by reference to his state of health, and the expert opinions expressed as to his state of health, as they were at the time of his dismissal.” 35

In Jetstar, the Full Bench said:

“We have earlier set out the reason why Jetstar dismissed Ms Neeteson-Lemkes. Consideration of the validity of that reason requires three interconnected elements to be considered: firstly, whether Ms Neeteson-Lemkes was capable of performing the inherent requirements of her role as at the date of dismissal; secondly, whether Ms Neeteson-Lemkes would be able to perform the inherent requirements of her role at some time in the future; and thirdly, whether there was some reasonable adjustment which could be made to her role to accommodate any current or future incapacity. In accordance with the reasoning of the Full Bench in J Boag and Son Brewing Pty Ltd v Allan John Button, a reason for dismissal based upon an injured employee’s incapacity to perform the inherent requirements of his or her position or role must be assessed against the requirements of the substantive position or role, not as it may be modified or restricted in order to accommodate the employee’s injury.” 36 (emphasis added)”