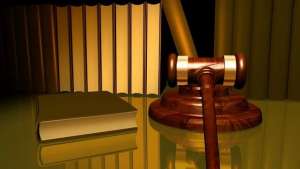 The Fair Work Commission is generally and rightly very cautious about proceeding to hear an unfair dismissal case which involves alleged conduct against an employee which is the subject of criminal proceedings which are defended and are on-going.

The employer’s position in opposing the stay manifests as an attempt to have the applicant run her unfair dismissal claim on the basis that it would be confined to evidence that did not involve any aspect of the facts and circumstances that are the subject of the criminal proceedings. This approach has attempted to rely upon the assertion that the dismissal of the applicant, because of the loss of an essential qualification, and the associated operation of s. 9 of the Child Protection Act, must represent a valid reason for dismissal, and apparently confine any further argument as to whether the dismissal was harsh, unjust or unreasonable, to the question of the availability of “alternative employment”.

The employer’s apparent predisposition for summary contemplation of an unfair dismissal claim in circumstances where the applicant has been the subject of criminal charges and those charges operate as the catalyst and/or reason for the decision to dismiss, is, regrettably, reflective of an approach that is fundamentally unjust and should be discouraged. In this regard, it was somewhat disturbing to have observed the following statements that were included in the employer’s Form F3 document:

“5. While it may be the case that the Respondent did not investigate the allegations, this was due to the allegations being investigated by the Joint Child Protection Response Program. This investigation led to criminal charges being laid against the Applicant. The standard of proof for criminal charges is higher than that required in this jurisdiction. Therefore, on the balance of probabilities the Applicant engaged in the conduct that led to the criminal charges and led to her rendering herself unemployable in the child protection industry by having her working with children check barred.

Unfortunately, the employer’s approach to opposing the applicant’s request for a stay of proceedings has been misguided and fundamentally misconceived. The applicant is entitled to a presumption of innocence. The evidentiary case that the applicant may adopt in the unfair dismissal proceedings cannot be artificially and unjustly restricted as has been proposed by the employer.

The Commission recognises that it may be very difficult to facilitate employment arrangements that could permit compliance with the Child Protection Act in circumstances such as those that are evident in this instance. The dismissal of the applicant may ultimately be found not to have been unfair, notwithstanding that the applicant may not be convicted of the criminal charges. However, the applicant would be clearly prejudiced if she was required to conduct the unfair dismissal proceedings before the criminal proceedings had been determined or otherwise finalised.

The Commission could not restrict the evidentiary case that the applicant may seek to advance in support of her unfair dismissal claim. Therefore, the factual circumstances that would be examined in the unfair dismissal proceedings would lead to findings that were established upon the balance of probabilities, and the same factual circumstances may lead to different findings in the criminal proceedings based upon proof beyond reasonable doubt.

These circumstances have been encountered in respect to unfair dismissal claims on many occasions. The prejudice that an applicant in an unfair dismissal matter would suffer if they were required to prosecute their case before related criminal proceedings were conducted and finalised has been well established. Further, the potential for what might be described as a perverse outcome should be avoided, whereby conduct found not to have occurred in the unfair dismissal proceedings, could subsequently be proven beyond reasonable doubt and establish a criminal conviction.

Therefore, the Commission has decided that proceedings in this matter should be stayed pending the finalisation, or withdrawal, or other appropriate disposal, of the related criminal proceedings. However, the stay shall contemplate revocation or alteration if circumstances change and either Party wishes to argue for re-commencement of proceedings at a time earlier than that provided for in the Stay Order.

Although it is regrettable that this matter will be subject to some delay, those circumstances are not caused by any practice or procedure of the Commission, but are dictated by a requirement to ensure that both the related criminal proceedings and the Hearing of the unfair dismissal claim, are conducted in a manner which is fair and just to all involved.

An Order to stay proceedings in this matter shall be issued separately. The file shall be retained in Chambers awaiting any future application for relisting.”