Unfair dismissal and abandonment of employment 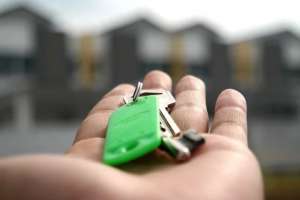 An employer will be safe to treat the employment relationship with an employee as at an end if the conduct of the employee meets the requirements of the doctrine of “abandonment of employment”. Here are the elements explained in a recent unfair dismissal case.

“(a) Was the Applicant Dismissed?/Abandonment

[52] Issues associated with abandonment of employment were recently considered as part of the 4 yearly review of modern awards. A Full Bench of the Commission handed down a decision in January 2018 3, which specifically considered these issues in the context of provisions in a number of Award, but also gave consideration to the meaning of the expression “abandonment of employment,” and to its relevance in the context of an unfair dismissal application. The Full Bench stated as follows (references omitted):

Where this occurs, it may have various consequences in terms of the application of provisions of the FW Act. To give three examples, first, because the employer has not terminated the employee’s employment, the NES requirement in s 117 for the provision of notice by the employer, or payment in lieu of notice, will not be applicable. Second, if a modern Award or enterprise agreement provision made pursuant to s 118 requiring an employee to give notice of the termination of his or her employment applies, a question may arise about compliance with such a provision. Third, if the employee lodges an unfair dismissal application, then the application is liable to be struck out on the ground that there was no termination of the employment relationship at the initiative of the employer and thus no dismissal within the meaning of s 386(1)(a) (unless there is some distinguishing factual circumstance in the matter or the employee can argue that there was a forced resignation under s 386(1)(b)).”

[54] The above submission can only apply to the period from 7:22 pm on Wednesday 8 April 2020 and 9:30 am on Wednesday 15 April 2020, which by virtue of the Easter break was a period of less than three working days. Otherwise, notwithstanding that she was on sick leave and annual leave, the Applicant was reasonably responsive to the Respondent’s enquiries, and it is clear that the Applicant took a number of steps to try and obtain a test result for COVID-19 that would allow her to return to work, and commence being paid again. The Applicant was in fact frustrated at not being able to return to work, as expressed a number of times in her evidence, which I accept, including in the following exchange:5

“Mr Finch was suggesting to you – because Mr Finch was trying to help you to obtain a test, wasn’t he?—Absolutely, he was – I understand he pushed me because he wanted me back at work and I wanted to come back to work.  I needed to earn an income and pay my bills – to the point where he asked me to exaggerate my symptoms, which I did, and they gave me a thorough exam, again.  They refused to test me.”

[55] I cannot conclude that a reasonable person would have formed the view that the Applicant had abandoned her employment. Between 26 March and 8 April 2020, the Applicant had contacted the Respondent at least a dozen times, provided either one or two medical certificates, and taken significant steps to attempt to satisfy the Respondent’s testing requirements. In that circumstance, a reasonable person would consider the lack of communication from 7:22 pm on Wednesday 8 April 2020 and 9:30 am on Wednesday 15 April 2020, as a sign that there may be basis for concern about the Applicant’s welfare, not that she had abandoned her employment.

[57] The termination of the employment relationship did occur at the initiative of the employer, and there was a dismissal within the meaning of s 386(1)(a).”