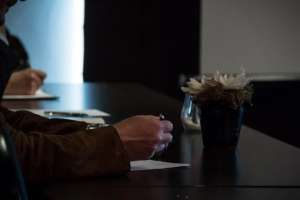 Under the Fair Work Act the approach taken by the Fair Work Commission when assessing whether a termination of employment constitutes an unfair dismissal is reasonably forensic and methodical, since the Act sets out the mandatory factors which the Commission must take into account. Here is an example in a passage of a decision of the Commission.

“Was the dismissal harsh, unjust or unreasonable?

Section 387 of the Act provides that, in considering whether it is satisfied that a dismissal was harsh, unjust or unreasonable, the Commission must take into account:

The Commission is required to consider each of these criteria, to the extent they are relevant to the factual circumstances before the Commission.37 In the decision of Nyrstar Hobart Pty Ltd v Peter Brain 38 (Nyrstar) the Full Bench stated:

‘[58] In our view the adoption of a decision rule or principle of the type proposed in Australia Post No.1 and Airport Fuel Services would be an inappropriate fetter on the exercise of what the legislature clearly intended would be a discretionary decision. As Bowen LJ observed in Gardner v Jay:

The Full Bench in Nyrstar went on to state that while the Act requires the Commission to take the matters listed at s.387 into account, they are not the subject of incumbency, they are not criteria. 40 These comments are apposite in this matter as on APS’s understanding Mr Richmond’s employment ceased by way of resignation, although not a view held by Mr Richmond or upheld by the Commission.

The matters to be taken into account under s.387(a) to (h) of the Act are considered below.”