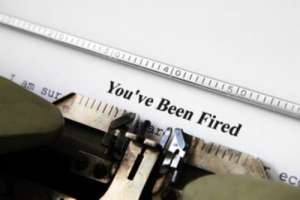 Most Australians are reasonably familiar with the concept of unfair dismissal. In fact I often say to employees and employers who contact me for advice about unfair dismissal that if they believe a dismissal is unfair or potentially unfair, it is very likely that it will be from a legal perspective. This is because although there is a considerable mass of Fair Work Commission case law on the subject, the issue is whether or not there has been a “fair go all around”, to borrow a phrase from a leading case.

However the concept of “unlawful dismissal” is far from well understood. Technically, an unlawful dismissal is a termination of employment in a manner or with the effect that it does not comply with Australian legislation and the common law.

Accordingly the termination of the employment of an employee contrary to the employee’s contract, written or unwritten, is unlawful, as is a termination of employment in circumstances which offend standards of prohibited discrimination such as age, sex, disability, race, ethnic origin etc; for a full summary of the prohibited grounds of discrimination see sec 351 Fair Work Act 2009.

In addition to the foregoing, the Fair Work Act contains a set of “general protections, which prohibit a person taking “adverse action” against another person in a working environment because of a number of prohibited reasons such as that the second person has exercised a workplace right or been temporarily absent from the workplace due to illness or injury. Since a dismissal is self- evidently the taking of adverse action against a person, a breach of the general protections in contravention of them is now recognized as another form of unlawful dismissal.