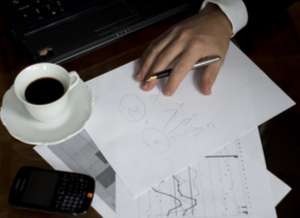 An employee whose rate of earnings at the point of dismissal exceeds the high income threshold is not protected from unfair dismissal under the Fair Work Act. That rate is currently $142,000 pa. For the purposes of assessing the rate, it is the amount calculated by reference to an entitlement sat the time of dismissal, not an average over the previous 12 months.

Consequently, as it would seem to me, an employer might escape the unfair dismissal regime of the Act by setting the rate of earnings at a sum which exceeds the high income threshold before the dismissal.

“The annual rate of earnings is to be assessed at the time of dismissal. It is not an assessment of the actual earnings in the 12 months immediately prior to dismissal.” Kerry Darling v Bechtel Australia Pty Limited [2015] FWC 1242.

“ The applicant was employed in a salaried position of General Manager, and the variations that occurred to his remuneration in the period prior to his dismissal are in no way analogous with circumstances such as casual employment where the rate actually paid at the time of dismissal may not be an accurate reflection of the person’s annual rate of earnings. If, in circumstances of salaried employment, the remuneration had been increased on two occasions over a five month period prior to the dismissal, the rate at the time of the dismissal would be the figure that would be applied so as to determine the annual rate of earnings. There would be no averaging to take account of the lower figures that applied at points in time prior to the dismissal. Similarly, in the applicant’s circumstances, there could be no averaging that would take into account the higher figures that applied at points in time prior to the dismissal.

Despite any concerns about the potential for some ethical dilemma to arise in respect of the particular circumstances of the applicant, the Commission must apply the correct method of calculation to determine the sum of the applicant’s annual rate of earnings for the purposes of s. 382 (b) (iii) of the Act. That calculation must be made at the time of the dismissal, and it should not include any averaging for periods prior to the dismissal which involved different levels of salaried remuneration.”