The proper way to test whether an employee is casual 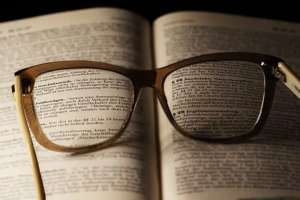 It is implicit in the recent WorkPac case, in which a very senior Full Court of the Federal Court of Australia rejected WorkPac’s attempts to characterize an employee as a causal, that employers cannot have their cake and eat it to by  seeking to contract their way out of NES entitlements for casual employees if the real legal relationship is that of employer and casual employee. It is the way in which the employment is managed which matters, not just the terms of a contract.

“The characterisation of an employment by its type, recognises that although an employment was created and is governed by the contract, an employment is not just the contract.  An employment is the product of the contract.  It includes the course of dealing which has taken place under the contract.  If the object of the characterisation process is to determine which kind or specie of employment (or employee) has been produced by the contract then resort must be made to the course of dealing in order to characterise the employment by type.  As its architect, the contract will have much to say about the type of employment that has been constructed but, if what is being characterised is the thing that has been constructed itself, then an inspection of that construction, so that its features are noted, is both a relevant and appropriate exercise.  The parol evidence rule’s limitation upon the use of post-contractual conduct is inapplicable because it is not only the written contract which is being construed or characterised.  ……………………………..The provisions providing for annual leave, personal/carer’s leave and compassionate leave, are listed as two of the ten “National Employment Standards” that Parliament has specifically chosen as “minimum standards that apply to the employment of employees which cannot be displaced” (s 61 of the FW Act). As was stated in Skene at [87], in the hierarchy of terms and conditions of employment, the National Employment Standards are at the pinnacle. They have primacy over and cannot be displaced by enterprise agreements, modern awards or a contract of employment. These are entitlements that Parliament has identified to be especially important and it cannot be doubted that Parliament intended that the entitlements provided for be effective, in the sense that they be provided to those employees considered to be in need of access to paid leave as a minimum standard. At [93] and [125] of Skene, and by reference to the limitations imposed by ss 92 to 94 of the FW Act on the “cashing out” of accrued annual leave, the Full Court explained Parliament’s intent that those employees entitled to paid annual leave take at least four weeks of actual leave per year so that they be provided with rest and recreation. Similar restrictions on “cashing out” paid personal/carer’s leave are contained in ss 100 and 101 of the FW Act, indicating again that Parliament regarded it as important that those employees to whom the entitlements were conferred actually utilise paid leave when sick or when required to care for a family or household member. At [168], the Full Court in Skene identified the legislative rationale for choosing to confer the entitlement to annual leave on all employees “other than casual employees”.  The rationale is that, as employees who are not obliged to provide on‑going service, casual employees do not ordinarily have the same need for access to rest and recreation as employees in continuing regular employment.  A similar rationale is evident in relation to the exclusion made to each of the personal/carer’s leave and compassionate leave entitlements.”