The legal concept of trust and confidence in employment law 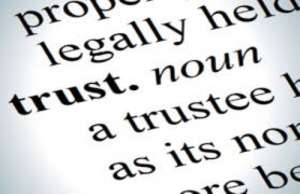 Although the High Court of Australia has rejected the implication of a mutual condition of trust and confidence as an implied term of an employment relationship ( see https://fairworklegaladvice.com.au/to-act-in-good-faith-an-implied-term-of-employment-contracts/), the concept is still regarded as very important in Australian employment law in other ways. For example, the reinstatement of an unfairly dismissed employee will not ordinarily be ordered by the Fair Work Commission as an unfair dismissal remedy unless the parties will be able to work with mutual trust and confidence.

[28] Ultimately, the question is whether there can be a sufficient level of trust and confidence restored to make the relationship viable and productive. In making this assessment, it is appropriate to consider the rationality of any attitude taken by a party.”

Given the potential remedial benefit of reinstatement in the circumstances of Mr Johnson, it is appropriate to assess the basis upon which that course of action is opposed within the framework provided by the decisions outlined above, along with other considerations bearing upon this discretionary judgment.

In this case, I have, in effect, found that the application of the relevant WHS policies and the maintenance of appropriate discipline within BHPB are important. The impact of a potential reinstatement, together with any associated orders and actions that might be taken by the employer in that regard, is also important.

The nature of the misconduct and the context in which it occurred as set out earlier in this decision are also important considerations. These should also be considered along with the mitigating factors that have led to the finding that the dismissal was harsh and these reinforce the remedial benefit of reinstatement in the circumstances of Mr Johnson to some degree. These include the direction given by his Supervisor and the nature of his actual conduct, his long service, the impact of the dismissal and his circumstances more generally.

I have found that a valid reason for dismissal existed but, on balance, termination was harsh given the all of the circumstances. In some such situations, an order for reinstatement might be appropriate as it is capable of directly addressing the impact of the dismissal.

However, each case must be considered on its own facts and there is no automatic relationship between the findings on merit and remedy.46 In this case, I have found that the application of the relevant policy and the maintenance of appropriate discipline in connection with WHS matters within BHPB are very important. Further, the fact that Mr Johnson has not shown any real appreciation of his conduct or contrition, including during the hearing of this matter, leads to genuine concerns about whether reinstatement is appropriate. This must also be considered in the context of the changing environment within BHPB in relation to safety compliance. I am satisfied that there is now a rational basis for the loss of trust and confidence contended by BHPB given all of the evidence before the Commission. This must be considered along with all of the above circumstances to ensure a fair go all around.47

Despite the potential remedial benefit of reinstatement to Mr Johnson, I am satisfied that an order of that nature is inappropriate in this case.”