The duty of fidelity in employment 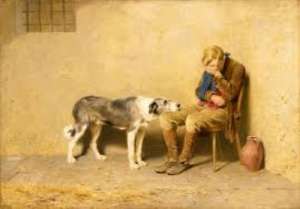 A Full Court of the Federal Court has held an employer liable for the actions of two employees who were new to the company and “dishonestly” breached their contractual duties of confidentiality to a former employer on the basis that the new employer had “knowing involvement in such breaches”.

The Full Court pointed out that the claim was based upon both the equitable doctrine of “participation” and breaches of the Corporations Act statutory obligations of fidelity.

Sections 180, 181, 182 and 183 are civil penalty provisions: s 1317E of the Corporations Act. By s 1317H(1) a court may order compensation to be paid for “damage suffered by the corporation” if the person has contravened a civil penalty provision and “damage resulted from the contravention”. Section 1317H(2) damage includes “profits made by any person resulting from the contravention”. The primary judge found there to be breaches of ss 181, 182 and 183.

By s 79 of the Corporations Act a person is involved in a contravention if, and only if, the person was (relevantly here) “in any way, by act or omission, directly or indirectly, knowingly concerned in … the contravention”. (italics added.)

There is thus a similarity between third party so-called accessorial liability in Equity under Barnes v Addy and statutory accessorial liability. Before returning to the facts and discussion of them by the primary judge, it is useful to identify, as simply as possible, the relevant legal principles.

The five categories of knowledge are:

The Court made clear that categories (i)-(iv) were sufficient for the knowledge requirement of the second limb of Barnes v Addy. It is to be noted that category (iv) posits knowledge which would indicate the facts to an “honest and reasonable” person. The foundations for the acceptance of category (iv) in Farah were the passages in Consul of Gibbs J (at 398), Stephen J (at 412) with Barwick CJ concurring with Stephen J (at 376-377): see Farah 230 CLR at 163 [176] ftnt 256.

It may be that it is going too far to say that a stranger will be liable if the circumstances would have put an honest and reasonable man on inquiry, when the stranger’s failure to inquire has been innocent and he has not wilfully shut his eyes to the obvious. On the other hand, it does not seem to me to be necessary to prove that a stranger who participated in a breach of trust or fiduciary duty with knowledge of all the circumstances did so actually knowing that what he was doing was improper. It would not be just that a person who had full knowledge of all the facts could escape liability because his own moral obtuseness prevented him from recognizing an impropriety that would have been apparent to an ordinary man.

If a defendant knows of facts which themselves would, to a reasonable man, tell of fraud or breach of trust the case may well be different, as it clearly will be if the defendant has consciously refrained from enquiry for fear lest he learn of fraud. But to go further is, I think, to disregard equity’s concern for the state of conscience of the defendant.

The result is that Consul supports the proposition that circumstances falling within any of the first four categories of Baden are sufficient to answer the requirement of knowledge in the second limb of Barnes v Addy, but does not travel fully into the field of constructive notice by accepting the fifth category. In this way, there is accommodated, through acceptance of the fourth category, the proposition that the morally obtuse cannot escape by failure to recognise an impropriety that would have been apparent to an ordinary person applying the standards of such persons.

One can see from these passages that the reference to the honest and reasonable person in category (iv) is the (honest) ordinary person. The expression of the matter thus is to fashion Equity to include in its relief the morally obtuse; it is not to create any species of constructive knowledge.

The requirement of being knowingly concerned in a statutory contravention, such as in s 79(c) has been discussed in many cases. Most recently, in Australian Securities and Investments Commission v ActiveSuper Pty Ltd (in liq) [2015] FCA 342; 235 FCR 181 at 255-258 [397]- [411], White J examined the principles, as did the Full Court on appeal in Gore v Australian Securities and Investments Commission [2017] FCAFC 13.

Whether actual knowledge exists for the purposes of s 79 will be a question of proof and evidence. If circumstances are such as to indicate to an ordinary, decent person that the relevant facts exist, that may be open as an evidential conclusion.

Little is to be gained by a comparison between the textual expression of the Barnes v Addy second limb test and the authorities on s 79.

The question here is the correctness or not of the primary judge’s conclusions.

The primary judge was satisfied that Foresters was knowingly concerned in contraventions of the Corporations Act relating to the preparation of disclosure and other documents. But, his Honour was not satisfied that Foresters was otherwise knowingly concerned in the breaches of duty by Mr Woff using confidential information for his own advantage and the detriment of Lifeplan.

The primary judge found, however, that “more active involvement or conduct by Foresters” was required: [389].

With respect, on the facts here there can be no doubt that the board of Foresters was actually aware, had actual knowledge, of the taking and using in breach of duty of confidential information. The board was not a passive observer of this; it did not prepare it, but it used it in its decision-making process and, after employing FPA, in the governance process of checking performance. Likewise, Mr Hughes knew of the clearly wrongful solicitations of funeral directors as the business venture was being agreed.

Given the actual knowledge of the Foresters’ board and its participation in the breaches of duty of ss 181, 182 and 183, we would not draw back from a conclusion that Foresters was knowingly concerned in those breaches. Some act or conduct is required for the company to be concerned. Here the utilisation of confidential information by the board in its decision-making process and governance process of monitoring progress is important. Mr Hughes became aware of the wrongful solicitations and was in active co-operation with Messrs Woff and Corby in considering rule changes and in preparation of disclosure and other documents. One should examine this behaviour in its whole. There was ample conduct to form the basis of a conclusion that Foresters was knowingly concerned in the relevant breaches.

Section 1317H deals with compensation for damage; but damage is defined to include profits.

Foresters submitted that the word “profits” in s 1317H(2) should be understood by reference to how the word “profits” was understood in relation to the payment of dividends in the then s 201 of the Corporations Law when s 1317H was introduced into the Corporations Law. This meant, it was submitted, either actual trading profits and in appropriate circumstances capital profits. Here, it was submitted, there were anticipated profits, which had not yet accrued. But the capital profit here is an existing capital profit being the net present value of Foresters’ competing business. This is conceptually, and in accounting terms, a valuable profit, and one presently existing.

Thus, we see no reason why an order for the capital profit up to 30 June 2015 should not also flow from the knowing involvement in the breaches of statutory duty.”