The doctrine of set off in fair work law 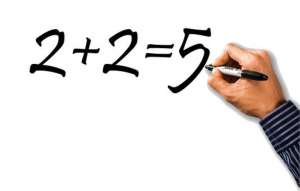 The doctrine of set off is an intriguing one in employment law. At its basest it involves a consideration of whether an employer can “set off” a payment due to an employee outside of an applicable statutory instrument, say a modern award or  enterprise agreement ( generally but not always under a contractual obligation) against an entitlement provided for by the statutory instrument.

A practical example may be that an employee agrees to work for a salary plus an agreed profit sharing arrangement in circumstances in which that total entitlement when calculated in any given period (say a year) exceeds the total of the  modern award entitlement for wages plus overtime or penalties but only when the contractual bonus is  included.

Here is another example taken from an extract of a federal Court case in which the Fair Work Ombudsman contended that there had been an underpayment of award entitlements.

“Consideration – the set off issue

I reject the Ombudsman’s argument that Transpetrol is not entitled to have the set off taken into account in its favour in respect of the contraventions.  It entered into employment agreements with the affected crew members under the laws of Panama, Turmoil’s flag State, and the relevant national laws, arranged by their trade unions and the ITF.  Those employment agreements had to, and did, comply with the Maritime Labour Convention (which Panama ratified in 2009) and crew members’ relevant national laws and the Maritime Labour Convention, not Australian law.  The employment agreements of the crew members of different nationalities differed from one another in a substantive way because of the local laws and labour conditions in the respective countries.  Transpetrol also entered the collective bargaining agreements with trade unions representing the interests of crew members in accordance with the relevant national laws.  The interests of those crew members were protected by their unions and the ITF in agreeing the terms of the employment and collective bargaining agreements and obtaining them in a form that enabled Transpetrol to receive a maritime labour certificate and, I infer, a “blue certificate”.  It then voluntarily “topped up” all of the payments to the affected crew members by applying a uniform wage scale.

The relevant principle in which the Ombudsman relied to deny that Transpetrol had any right to set off was that which Black CJ, Wilcox and von Doussa JJ identified in Finance Sector 111 IR at 238 [48]. There, the parties had agreed that a sum or sums of money would be paid for specific purposes, over and above, or extraneous to, award requirements. Their Honours held that those contractual provisions prevented the employer from relying on payments made pursuant to them to satisfy any “award entitlements arising outside the agreed purpose of the payments”: see too Linkhill 240 FCR at 603 [99] per North and Bromberg JJ.

“This principle developed from two related considerations as Keely, Ryan and Gray JJ explained in Poletti v Ecob (No 2) (1989) 31 IR 321 at 332-333. There, the Full Court held that when a contract of employment provided that a sum of money was payable to and receivable by an employee for a specific purpose, over and above, or extraneous to, an entitlement under an award made pursuant to statute, the employer could not rely on the payment of that sum (due under the specific contractual provision) in satisfaction of its liability under the award. Similarly, their Honours held that, if an employer (as debtor) designated or appropriated a payment to the employee (as creditor) to satisfy a particular debt or liability, the employer could not later resile from that designation or appropriation in order to claim that the payment should be treated as satisfying a different debt or liability due to the employee under an award. The Full Court explained that this was an application of the principle that, at or before the time of making it, a debtor can appropriate a payment to the discharge of a particular liability, but if the debtor does not do so, the creditor is free to appropriate the payment as the creditor sees fit: cf. Cory Brothers and Company Ltd v The Owners of the Turkish Steamship “Mecca” [1897] AC 286 at 293 per Lord Macnaghten; Moree Plains Shire Council v Goater (2016) 14 ABC(NS) 255 at 269 [59] per Rares, Katzmann and Markovic JJ.

However, as Black CJ, Wilcox and von Doussa JJ explained in Finance Sector 111 IR at 239 [51], where the award entitlement and contractual payment (or liability) arise out of the same agreed purpose, the contractual term does not prevent the employer from claiming that the payment satisfies both obligations. They held (111 IR at 239 [52]):

There, the Full Court held that where an employer had nominated a total payment as being in discharge of its liability to pay long service leave and a retiring allowance, because different taxation rates applied to each, “[t]he true character of the [total] payment depends on the terms of” the employer’s retirement/severance allowance scheme.  They said that “designation and appropriation are matters to be determined by the whole of the evidence”: Finance Sector 111 IR at 239-240 [55]-[56] (see too James Turner Roofing Pty Ltd v Peters (2003) 132 IR 122 at 132-133 [44] per Anderson J, with whom Scott J at 134 [52] and Parker J at 136 [68] agreed). And in obiter dicta, North and Bromberg JJ observed in Linkhill 240 FCR at 601 [99], that because the purpose or intent of the parties in relation to a particular payment is central to the application of the principles relating to the ability to set off payments apparently made on one basis, or for one purpose, against a liability apparently arising on another basis:

…it may be that the principles do not translate well to a situation where the parties have created a relationship different to that which, subjectively, they had set out to make.  Those principles may not apply to the circumstances in which the parties did not intend to provide for award entitlements at all because they did not advert to or had disavowed the relevance of such entitlements.  (emphasis added)

It follows that there is no inflexible principle that precludes a creditor, who has appeared to designate or appropriate a payment to discharge a specific liability, from relying on all of the circumstances to demonstrate that the true character of the payment is, in fact, different or, alternatively, to justify the use of that payment as a set off to a different liability.  And this is so even in respect of wholly domestic situations involving Australian industrial agreements and legislative instruments, such as awards: cf. Finance Sector 111 IR at 239-240 [55]-[56]. In addition, the application of the principle, in a case like the present, must accommodate the differing industrial relationships that arise under, and must comply with, the laws of one or more sovereign nations or under international treaties such as the Maritime Labour Convention, that Australia both recognises and enforces in accordance with its public international law obligations.

Here, the true character of Transpetrol’s total payments to the crew members of Turmoil was, first, to satisfy all contractual and relevant national law liabilities of any particular crew member, secondly, to ensure that all crew members received the same wage for same rank and work, regardless of the relevant national laws, by topping up their payments under a common arrangement, namely the wage scale and, thirdly, to ensure that Turmoil had both a “blue certificate” and a maritime labour certificate so that she could freely trade worldwide: Finance Sector 111 IR at 239 [51]-[52]; James Turner Roofing 132 IR at 132-133 [44]; Linkhill 240 FCR at 601 [99].

On the evidence, Transpetrol intended to pay each crew member an overall sum to cover, first, all of their contractual and statutory entitlements under the relevant national laws, secondly, its obligations under the Maritime Labour Convention and, thirdly, a top up payment in accordance with its policy of providing a common wage scale for the same ranks and work throughout the Transpetrol group’s fleet regardless of the requirements of any relevant national law.  In that context, the breakdown of payments that the Turmoil ITF agreement required, can be seen as informing the crew member that he or she had been paid everything due under the employment contract and the relevant national law, as well as identifying any top up amount.

However, the character of Transpetrol’s total payment to the crew member was that it wished to pay a common lump sum, in addition to the requirements of the differing relevant national laws applicable to any particular crew member, according to the wage scale that would be more than sufficient to meet all contractual and statutory liabilities (even if overlapping) that it had to the crew member.  Accordingly, the gross total payment that Transpetrol made (before the Ombudsman’s investigation) to each crew member is the relevant one for the purposes of assessing its liabilities under the Fair Work Act while Turmoil sailed on each of the ten voyages in Australian regulated waters.

For those reasons, I am of opinion that Transpetrol is entitled to set off fully the total wages it paid earlier to the official crew members to reduce the sum of its liabilities in respect of each of the ordinary time, overtime or NMWO contraventions.  That enables Transpetrol to achieve a partial discharge of its additional liabilities to pay the crew members under the Fair Work Act during the part or parts of the ten voyages when Turmoil sailed in Australian regulated waters.”