The difficulties of advising about unfair dismissals 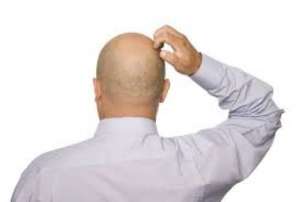 In what at first glance appears to be an odd decision, a senior member of the Fair Work Commission has held that a heat of the moment resignation constituted a dismissal for the purposes of the Commission unfair dismissal jurisdiction EVEN THOUGH

(a) The Deputy President found that the employee had orally resigned;

(b) the dismissal was not at the initiative of the employer; and

You can form your own opinion of the reasoning from this passage from the decision.

On Mr Wederay’s case, there is no single incident that constituted a dismissal in fact or at law, rather a series of events on 19 April and following which is said to constitute termination at the initiative of the employer within the meaning of section 386(1)(a). Mr Wederay’s primary contention was not prosecuted on the basis of constructive dismissal, as he disputes the employer’s assertion that he resigned. However, as a fall-back position and in the alternative, in closing submissions his counsel contended that if the Commission found that he did in fact resign then it is contended that the conduct of the employer on 19 April and in the days following enlivened the constructive dismissal provisions of section 386(1)(b).

As Mr Wederay’s resignation was a forced resignation, he was dismissed within the meaning of the FW Act.

I now turn to consider whether Mr Wederay’s dismissal was harsh, unjust or unreasonable within the meaning of section 397 of the FW Act………………………………..”

And wait for it! The deputy President then wrote

“There was no valid reason for dismissal. By 3 April, Mr Wederay’s conduct had reached a point of warranting final disciplinary action short of dismissal. Had the employer not failed to provide Mr Wederay ‘a fair go all round’ on 3 April and in the days that followed, continuing employment on a final written warning would have been the outcome. Ms Crook’s evidence was clear on that point. 65

Make of that what you will!