The consultation requirements for genuine redundancies 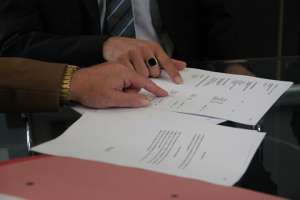 One of the statutory requirements for a redundancy to be “genuine” is that the employer must have complied with the consultation obligations of any applicable enterprise agreement or modern award. What does the Fair Work Act require consultation to involve? Here is the answer.

In this case, UPC’s obligation to consult an employee about their possible redundancy arises from the statutory command in s 389(1)(b) of the Act.

‘[30] The word ‘consult’ means more than the mere exchange of information. As Young J said in Dixon v Roy:

“The word ‘consult’ means more than one party telling another party what it is that he or she is going to do. The word involves at the very least the giving of information by one party, the response to that information by the other party, and the consideration by the first party of that response.” [citations omitted]

[31] The right to be consulted is a substantive right, it is not to be treated perfunctorily or as a mere formality. Inherent in the obligation to consult is the requirement to provide a genuine opportunity for the affected party to express a view about a proposed change in order to seek to persuade the decision maker to adopt a different course of action. As Logan J observed in Communications, Electrical, Electronic, Energy, Information, Postal, Plumbing and Allied Services Union of Australia v QR Limited (QR):

“… A key element of that content [of an obligation to consult] is that the party to be consulted be given notice of the subject upon which that party’s views are being sought before any final decision is made or course of action embarked upon. Another is that while the word always carries with it a consequential requirement for the affording of a meaningful opportunity to that party to present those views. What will constitute such an opportunity will vary according the nature and circumstances of the case. In other words, what will amount to “consultation” has about it an inherent flexibility. Finally, a right to be consulted, though a valuable right, is not a right of veto.

To elaborate further on the ordinary meaning and import of a requirement to “consult” may be to create an impression that it admits of difficulties of interpretation and understanding. It does not. Everything that it carries with it might be summed up in this way. There is a difference between saying to someone who may be affected by a proposed decision or course of action, even, perhaps, with detailed elaboration, “this is what is going to be done” and saying to that person “I’m thinking of doing this; what have you got to say about that ?”. Only in the latter case is there “consultation. …”

[32] We respectfully adopt his Honour’s observations. Similar to the obligation to accord a person procedural fairness, the precise content of an obligation to consult will depend on the context. The extent and significance of a proposed change, in terms of its impact on the affected employees, will have a bearing on the extent of the opportunity to be provided. Hence a change of limited duration to meet unexpected circumstances may mean that the opportunity for affected employees to express their views may be more limited than would be the case in circumstances where the proposed change is significant and permanent. It is also relevant to note that while the right to be consulted is a substantive right, it does not confer a power of veto. Consultation does not amount to joint decision making.

[33] Some of the ordinary incidents of a requirement to consult are reflected in s.145A(2), that is:

‘[39] In my view a decision to dismiss on account of redundancy will only be harsh, unjust or unreasonable if the rationale for the decision is seriously undermined or if there is a serious error in the procedure such that renders the termination unfair in the circumstances. Here the decision appears open to the employer to make. The failure to consult is not a trivial matter. But it is clear that consultation was highly unlikely to have negated the operational reasons for the dismissal or lead to any other substantive change, I do not believe that the failure to consult prior to the date of termination rendered the dismissal unfair. Given the evidence in relation to the operational need to restructure, I am of the view that it is likely that Mr Maswan would have been dismissed in any event, even if timely consultation had occurred [my emphasis].’

[44] It hardly needs stating that the word ‘consultation’ is, arguably the most oft debated word in the industrial relations lexicon (perhaps, ‘reasonable’ being another). It has been the subject of considerable judicial and Commission exegesis. That said, it is important to note that despite the views of some uninformed litigants, consultation does not mean agreement. However, nor does it simply mean an exchange of information; nor is it a mere formality or triviality; see: Maswan above. Consultation must be meaningful, open, and transparent and involve a reasonable and realistic consideration of each other’s views.”