The concept of serious misconduct by an employee 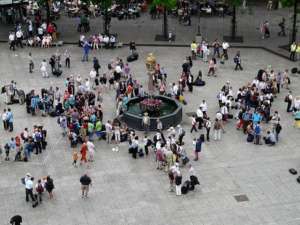 However in the following extract from a recent decision of the Federal Court, Justice Flick analysed what is required for an employee’s conduct to be characterized as serious misconduct.

An employer may summarily dismiss an employee for breach of contract if the breach is of a “serious nature, involving a repudiation of the essential obligations under the contract or actual conduct which is repugnant to the relationship of employer-employee”:  Rankin v Marine Power International Pty Ltd [2001] VSC 150 at [250], (2001) 107 IR 117 at 142 per Gillard J (“Rankin”).  In Rankin, Gillard J summarised the principles to be applied, and the onus resting upon the employer to make out the right to terminate as follows:

[237]       The defendant, in its amended defence, pleaded that it was entitled to summarily dismiss the plaintiff from his employment by reason of the plaintiff’s conduct, which was alleged amounted to a breach of the contract of employment.

[238]        A breach of the contract of employment by the employee may entitle the employer to terminate the agreement without notice.

[239]        The acts or omissions of the employee which constitute the breach may amount to misconduct, disobedience, incompetence or negligence. No doubt, misconduct would cover a multitude of sins. By way of example, conduct which results in a conflict between the employee’s interest and duty to his employer, or impedes the faithful performance of his obligations, or is destructive of the confidence between employer and employee, may ground a right to dismiss without notice. …

[240]       There is no rule of law that defines the degree of misconduct which would justify dismissal without notice.

[242]        The question whether the breach of contract justifies dismissal without notice, is a question of fact.

[243]        The onus of proof rests upon the defendant to establish that it had the right to terminate the employment without proper notice: …

[250]       The authorities do establish that the employee’s breach of contract of employment must be of a serious nature, involving a repudiation of the essential obligations under the contract or actual conduct which is repugnant to the relationship of employer-employee, before an employer may terminate the contract summarily. Isolated conduct usually would not suffice. Each case must be considered in the light of its particular circumstances, but nevertheless, the seriousness of the act of termination and the effect of summary dismissal are factors which place a heavy burden on the employer to justify dismissal without notice. The circumstances do not have to be exceptional, but nevertheless, must establish that the breach was of a serious nature.

His Honour continued on as follows to reject the proposition that an employer could only terminate a contract of employment where the conduct of the employee manifested “an intention not to perform the contractual obligations in the future”:

[251]        It was also submitted, on behalf of the plaintiff, that the right to terminate for misconduct ‘‘will only arise’’ where the employee has conducted himself in a way to demonstrate a repudiation of the contract, by, in a sense, manifesting an intention not to perform contractual obligations in the future.

[252]        I respectfully disagree that that is the only occasion when an employer may terminate summarily.

[253]        The contract of employment, of course, is a contract, and the general principles concerning contracts apply. Hence, if the employee breaches an essential term of the contract and thereby repudiates the contract, then the employer, as the other party to the contract, may accept the repudiation and rescind it. But that is not the only basis upon which an employer may bring the contract to an end.

[254]        At common law, the authorities do establish that there is an interaction between the principles of contract law justifying rescission of a contract, and the rules established by the authorities over the last 150 years in relation to the type of misconduct justifying the dismissal of an employee without notice. It cannot be denied that in some cases, the courts do speak in terms of the basic principles of contract law … but in my opinion, it would be wrong to say, as was submitted on behalf of the plaintiff, that the right to terminate only exists where the conduct of the employee demonstrates repudiation of the contract, manifesting an intention not to perform the contractual obligations in the future. I do emphasise that many examples of conduct justifying termination would comfortably fit in with those principles. However, the authorities do establish that there are offences which justify dismissal but which would not, in themselves, show that the employee was intending not to perform contractual obligations in the future. There may be an example of a one-off serious act of misconduct which would justify dismissal, even though the probabilities were high that it would not occur again. This may be especially so when the employee is asked to explain his conduct, and shows remorse and gives an undertaking that the conduct will not occur in the future.

[102]       It is clear however that something more is required than just serious misconduct. Both under the contract of employment and the general law, the circumstances must justify the employer taking a step that usually has very severe adverse consequences for the employee, both from a financial and reputational viewpoint. As Gillard J said in Rankin v Marine Power International Pty Ltd (see [92] above), the burden on the employer to justify summary dismissal is heavy.

In Blyth Chemicals Limited v Bushnell (1933) 49 CLR 66 at 82, Dixon and McTiernan JJ voiced the following words of caution as to the care with which Courts should make such a finding of misconduct:

… But the conduct of the employee must itself involve the incompatibility, conflict, or impediment, or be destructive of confidence. An actual repugnance between his acts and his relationship must be found. It is not enough that ground for uneasiness as to its future conduct arises. …

Conduct in addition to that specified in the notice of termination

Albeit not specified in the December 2017 letter, the Additional Bases may be relied upon by the Respondents with respect to the summary termination:  Shepherd v Felt and Textiles of Australia Ltd (1931) 45 CLR 359. Starke J there concluded at 373:

… It is well established, however, that a servant’s dismissal may be justified upon grounds on which his master did not act and of which he was unaware when he discharged him ….. It is true that the agreement between the appellant and the respondent does not amount to a contract of service. But the rule is of general application in the discharge of contract by breach, and enables a party to any simple contract who fails or refuses further to observe its stipulations to rely upon a breach of conditions, committed before he so failed or so refused, by the opposite party to the contract as operating to absolve him from the contract as from the time of such breach of condition whether he was aware of it or not when he himself failed or refused to perform the stipulations of the contract.

[29] In this court, no attempt was made, and none would have succeeded, to deny the proposition of law expressed in Shepherd. The proposition that the dismissal of an employee may be justified upon grounds on which the employer did not act and of which the employer was unaware when the employee was discharged is but an application of what, in Shepherd, Dixon J identified as a rule of general application with respect to the discharge of contract by breach.