Termination of employment for serious misconduct 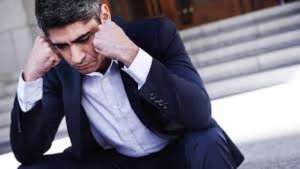 It does not follow that the Fair Work Commission will always uphold a dismissal for serious misconduct.

“[38] We regard the unqualified dismissal of an exemplary employee with 28 years of service, an impeccable disciplinary record and an otherwise impeccable safety record for a policy breach the sort that occurred in this case – particularly when the policy itself contemplates that breaches will not necessarily lead to disciplinary action let alone dismissal and having regard to the personal consequences for the employee and his family – as manifestly harsh. We accept that the misconduct reasonably called for a disciplinary sanction and that a period – even an extended period – of suspension without pay may still have been within the acceptable range. But in all the circumstances, unqualified dismissal was, in our view, manifestly harsh. On the rehearing we find that Mr Lawrence was unfairly dismissed within the meaning of s.385.”  GlaxoSmithKline Australia Pty Ltd v Makin [2010] FWAFB 5343 at [26]-[27], 197 IR 266; Lawrence v Coal & Allied Mining Services Pty Ltd t/as Mt Thorley Operations/Warkworth [2010] FWAFB 10089 at [28], 202 IR 388, affirmed on judicial review in Coal & Allied Mining Services Pty Ltd v Lawler (2011) 192 FCR 78; NSW Bar Association v Brett McAuliffe; Commonwealth of Australia represented by the Australian Taxation Office [2014] FWCFB 1663 at [28] (2010) FWAFB 100891

This approach was endorsed by Vice President Hatcher in Zhou v Weir Minerals Australia Ltd(2014) FWC 1531 thought in that case the Vice President did not find that the decision to dismiss was harsh.

In this case I consider that there are significant mitigating factors.”

** See also Parmalat Food Products Pty Ltd v Wililo in whicha Ful Bwench made the point that where an employee was dismissed due to serious misconduct and the process had been procedurally fair, it would only be harsh if there were significant mitigating factors, were highlighted [2011] FWAFB 1166