Termination of employment for false job application or resume 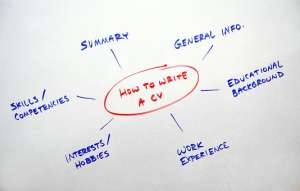 Termination of employment due to misleading job application or resume

The issue of the relevance between a misleading job application, for example as to the applicant’ qualifications or experience, and whether the employer has the right to dismiss the employee if he or she is successful in gaining the employment applied for, is and logically essentially determined by the gravity of the misleading event, and its relevance to the employee’s job.

“I reject Mr Tham’s assertion that the errors in his resume were unintentional “mistakes” and that his shorter prior work history did not impact on his capacity to fulfil the inherent requirements of his role. Mr Tham had not made inadvertent errors in his resume, Mr Tham had altered the months and years he claimed to have worked to accommodate his narrative. He had also left out employment history due to either being terminated by his previous employer or to divert attention away from the fact that he taken action against numerous previous employers, regardless of whether that action had a legitimate basis or not.

Mr Tham had intentionally misled his employer into believing he had a history of stable and long term employment. As a Vehicle Service Attendant, being the point of contact for a returned vehicle, Hertz were reliant on the honesty and integrity of its employees, especially should there have been valuables left behind in the vehicles by its customers. The gravity of the deceit put into question the ability for Hertz to trust Mr Tham to perform that role with honesty and integrity.

I am satisfied on the evidence before me that the errors in Mr Tham’s resume were not only intentional they were also misleading and they were significant enough to justify Hertz’ loss of trust and confidence in Mr Tham’s ability to perform his role with honesty and integrity. The misleading information contained within Mr Tham’s resume was enough to justify a valid reason for his dismissal. Consequently I am satisfied that Hertz had a valid reason to dismiss Mr Tham………………………..

” Hertz dismissed Mr Tham for a valid reason relating to his conduct. The notification of the dismissal and the later aspects of the procedure adopted by Hertz in proceeding with the dismissal included some deficiencies. Whilst Hertz failed to provide Mr Tham with a sufficient opportunity to respond to their allegations I am not satisfied that the explanation offered by Mr Tham in his submissions or at the hearing would have resulted in a different outcome. Those procedural deficiencies have been considered and balanced against the conduct of Mr Tham which provided a valid reason for the dismissal.

The gravity of the intentional dishonesty upon which the dismissal of Mr Tham was based, when considered in its totality, represents matters which were fundamentally inconsistent with the continuation of the employment relationship. I am therefore satisfied that the dismissal was not harsh, unjust or unreasonable. Mr Tham’s application for unfair dismissal remedy is therefore dismissed and an order to that effect will be issued accordingly”.