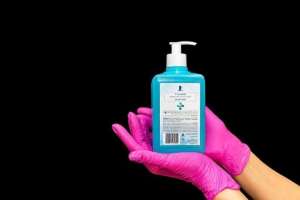 The following is a portion of a decision by the Fair Work Commission which deals with an unfair dismissal claim brought against a small business employer by former employee whose employment was terminated due to what the employer was believed was serious misconduct because the employee, who was a support worker, a had travelled to regional Queensland in the early days of the Covid 19 pandemic when fear about it was at its height and in breach of Queensland health guidelines.

[1] By application filed 25 April 2020, Ms Rebecca Fitzgerald (Ms Fitzgerald) asserts that her dismissal from TLB Assistance Pty Ltd (TLB) was unfair and seeks an order from the Fair Work Commission (the Commission) granting a remedy in relation to that unfair dismissal.

[2] Prior to her dismissal, Ms Fitzgerald was employed on a casual basis as a Lifestyle Support Worker. It is not in dispute that Ms Fitzgerald’s employment with TLB commenced in November 2012 and ceased on 6 April 2020. TLB was established by Ms Tanya Barton to manage National Disability Insurance Scheme (NDIS) support provided to her. Ms Barton receives NDIS support as a result of Cerebral Palsy. TLB does not provide assistance to any other clients and is for the sole benefit of Ms Barton.

[3] Ms Fitzgerald was dismissed by letter, attached to an email, dated 6 April 2020. That letter states, in part:

This letter advises that your position as Support Worker has been terminated immediately without notice, effective Monday 6th April 2020.

Your employment has been terminated on the grounds of serious misconduct.

In order to reach this determination, [TLB] reviewed:

[28] It is not in dispute that TLB is a small business employer. The matter for my determination is whether TLB complied with the Code in relation to the dismissal. I will commence by considering whether TLB has established that Ms Barton held a belief that the Ms Fitzgerald’s conduct was sufficiently serious to justify immediate dismissal.

[29] Leaving aside the Applicant’s dispute about the reasonableness of such a belief, I do not understand that the Applicant seriously disputes that Ms Barton did in fact hold the belief that Ms Fitzgerald had engaged in conduct that was serious enough to justify immediate dismissal.

[30] Regardless, I accept Ms Barton’s evidence, amongst other things, that:

[31] Consequently, I accept and find that Ms Barton, the controlling mind of TLB, did in fact hold the belief that Ms Fitzgerald had engaged in conduct that was serious enough to justify immediate dismissal.

[32] Next, I need to consider whether that belief was based on reasonable grounds. I conclude that it was.

[33] As a starting point, it is fair to say that there are any number of other steps that TLB could have taken in deciding what to do in relation to Ms Fitzgerald’s conduct. However, there is no one single course of action that a small business is obliged to take in complying with the Code. As the Full Bench has made clear: 11

“The legislation requires a consideration of whether the particular employer, in determining its course of action in relation to the employee at the time of dismissal, carried out a reasonable investigation, and reached a reasonable conclusion in all the circumstances. Those circumstances include the experience and resources of the small business employer concerned.”

[34] The particular employer in question here is a very small business; in truth it is not really a business at all. TLB operates with its sole undertaking being the provision of care to Ms Barton, and Ms Barton only. In my view, this is significant. While obviously an intelligent person, Ms Barton is nonetheless significantly disabled and vulnerable as a result of cerebral palsy. Ms Fitzgerald’s own evidence is that Ms Barton is “very high risk”. 12

[35] The evidence establishes that Ms Fitzgerald was well aware of the significant risk that COVID posed. Ms Fitzgerald and Mr Nuttal’s evidence is that COVID was “changing all the time”. 13 Ms Fitzgerald was so concerned for her mother, who is also vulnerable, that she took steps to ensure she “triple checked”14 everything. Mr Nuttall considered the very real risk posed in stating that efforts were taken to check things because “…nobody can afford to bring anything like that home”.15

[36] The specific context in which TLB’s belief was formed leads me to the view that what steps Ms Barton did take, which were limited, were nonetheless reasonable.

[37] More generally in relation to Australians living with a disability, many were faced with the very real prospect that their means of support and care could disappear at a moment’s notice. The distress experienced by Ms Barton after finding out about Ms Fitzgerald’s travel to Hervey Bay is a fear that was experienced by any number of Australians living with a disability. In that context it is not surprising that Ms Barton formed the view that she did and took immediate steps to protect herself and those that worked for her. From Ms Barton’s perspective, Ms Fitzgerald’s actions were “quite selfish” 16 and had taken away her choice to assess and manage the risk that she was faced with as a result of COVID.

[38] To some extent the same consideration applied to the Australian community as a whole. The prevailing circumstances as at 6 April 2020 were such that the world was at the height of the COVID pandemic. It was a time of uncertainty for all of us.

[39] On 29 January 2020, the Queensland Minister for Health and Minister for Ambulance Services made an order declaring a public health emergency for all of Queensland. On 29 March 2020, approximately a week prior to Ms Fitzgerald’s trip to Hervey Bay, the Prime Minister announced that:

“National Cabinet’s strong guidance to all Australians is to stay home unless for:

[40] In that same statement, the Prime Minister stated that “[C]oronavirus has more serious impacts on older Australians…and Australians with existing health conditions and comorbidities”.

[41] I think it is correct to say that at the time of dismissal, Ms Fitzgerald had not done anything that was in fact inconsistent with any health directive. However, for TLB to succeed it does not have to convince the Commission that it was. The relevant question is whether TLB had reasonable grounds for considering that Ms Fitzgerald’s conduct warranted immediate dismissal.

[42] In the context of TLB, set out above, and the circumstances as they existed at the time, I consider that TLB did have a reasonable basis for its belief. In the context of Ms Barton’s level of risk, which was ‘very high’, and the potential impact that a COVID-19 scare could have on our means of assistance, it was not unreasonable for Ms Barton to form the view that she did.

[43] In my view, it is not critical that a small business employer adduce evidence of a process of investigation or inquiry undertaken prior to summarily dismissing an employee to establish that they have complied with the Code. An absence of such evidence may mean it is difficult to conclude that any belief of the small business employer was held on reasonable grounds, but it does not, as a rule, preclude such a finding.

[44] There is evidence of some inquiries being made by Ms Barton concerning Ms Fitzgerald’s conduct. In addition to speaking with Ms Kent, Ms Barton spent some hours undertaking research on the internet including government websites. 18 However, it was not necessary for Ms Barton to investigate because the conduct was not in dispute. Ms Fitzgerald went to Hervey Bay. It may have been preferable to discuss the matter with Ms Fitzgerald prior to dismissing her but the Code does not require such a step to be taken and in the circumstances it does not alter my views set out above.

[46] Consequently, I am satisfied that the dismissal was consistent with the Small Business Fair Dismissal Code. Ms Fitzgerald has not been unfairly dismissal. The application is dismissed.”