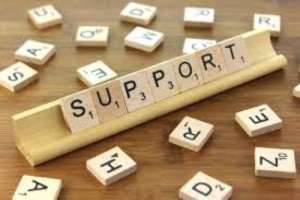 The Fair Work Act provides that the Fair Work Commission in an unfair dismissal case when deciding whether a dismissal was harsh, unjust or unreasonable must take into account a number of specific issues including “any unreasonable refusal by the employer to allow the person to have a support person present to assist at any discussions relating to the dismissal.”

However it is true that individual members of the Commission from time to time do take a more aggressive attitude to the issue and here is an example.

“Even though the 19 April meeting was an advanced disciplinary meeting, Cabin Services took no steps to offer Mr Wederay a support person of his choice. Ms Armone’s evidence was that company policy required staff facing disciplinary processes to be offered a support person 55. Mr Wederay’s evidence was that none was offered or provided on that day or in any preceding disciplinary or counselling session56. On this point, I accept his evidence and prefer it to that of Ms Crook, which was inconsistent and vague57. In cross examination, Ms Crook claimed that she offered a Team Leader (Charmaine) to sit in on their meeting58. Charmaine was Mr Wederay’s immediate supervisor. I do not accept Ms Crook’s evidence on this point. It was not led in her witness statement. She proffered this only under pressure of questioning. In doing so, she gave the impression of conflating events to bolster the company’s case and cover her tracks. She also seems to consider that a third party witness, including a company selected manager such as Mr Priestley, would satisfy any internal requirement of a support person being made available59. In any event, even on Ms Crook’s version, Charmaine was nominated by Ms Crook, not Mr Wederay.