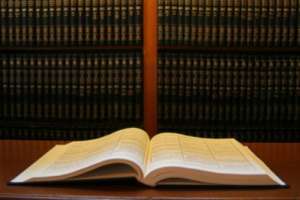 The prohibition in the Fair Work Act of the taking of adverse action against another person for a proscribed reason, for example for exercising a workplace right, is featuring more and more frequently in decisions of the Federal Court of Australia and the Federal Circuit Court of Australia. What follows is a summary of the law, put with astonishing clarity given the complexities of the issue by a Perth based Federal Circuit Court judge

In Barclay the High Court said:

The use of the word “because” in s.340(1) of the FW Act requires that a causal link be established between the adverse action complained of and the matters referred to in s.340 of the FW Act: Russell v Institution of Engineers Australia T/A Engineers Australia [2013] FCA 1250 at [60] per Foster J (“Russell”). In Russell at [63] per Foster J the Federal Court observed that it was sufficient if the prohibited reason is one of several reasons for the taking of the action, but the prohibited reason “must have operated as a substantial and operative factor in the taking of the adverse action”.

In relation to the evidence bearing upon the decision made by an employer:

This question is one of fact, which must be answered in the light of all the facts established in the proceeding. Generally, it will be extremely difficult to displace the statutory presumption in s 361 if no direct testimony is given by the decision-maker acting on behalf of the employer. Direct evidence of the reason why a decision-maker took adverse action, which may include positive evidence that the action was not taken for a prohibited reason, may be unreliable because of other contradictory evidence given by the decision-maker or because other objective facts are proven which contradict the decision-maker’s evidence. However, direct testimony from the decision-maker which is accepted as reliable is capable of discharging the burden upon an employer even though an employee may be an officer or member of an industrial association and engage in industrial activity.

In determining an application under s 346 the Federal Court was to assess whether the engagement of an employee in an industrial activity was a “substantial and operative factor” as to constitute a “reason”, potentially amongst many reasons, for adverse action to be taken against that employee. In assessing the evidence led to discharge the onus upon the employer under s 361(1), the reliability and weight of such evidence was to be balanced against evidence adduced by the employee and the overall facts and circumstances of each case; but it was the reasons of the decision-maker at the time the adverse action was taken which was the focus of the inquiry.

This Court in Maslen v Core Drilling Services Pty Ltd & Anor [2013] FCCA 460 at [17] per Judge Lucev in relation to the approach adopted in Barclay said that it suggested that: