Subpoenas in the fair work system 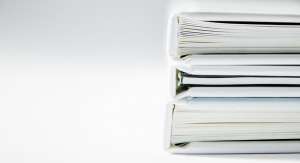 Evidence in documents is generally regarded as prime evidence in court proceedings, and so it is in workplace relations cases such as general protections and unfair dismissals, in the Federal Court, the Federal Circuit Court and the Fair Work Commission.

Here is an extract from a recent decision of the latter which contains and splendid analysis of her legal principles applicable to the issue of subpoenas to obtain those documents.

Each of the parties made written and oral submissions in relation to the notice of objection and the subpoena.

For the most part, the parties were in general agreement that the principles applicable to the determination of the issues before the court were as summarised in Russells’ pre-hearing submissions.

Thus, it was accepted that in response to the notice of objection Mr Zaki was required to identify the legitimate forensic purpose for which he required the documents the subject of the subpoena (see R v Tastan (1994) 75 A Crim R 498 at 504) and that this meant that he bore the onus of establishing that the documents sought had “apparent relevance” to the issues in the proceedings (see Re Trade Practices Commission v Arnotts Limited (1989) 88 ALR 90), being those issues arising on the pleadings (see McIlwain v Ramsey Food Packaging Pty Ltd [2005] FCA 1233; (2005) 221 ALR 785 at [35(e)] and Andrade v Goodyear & Dunlop Tyre (Aust) Pty Ltd [2017] FCCA 497 at [27]).

Other cases have used different terminology to essentially the same effect.  Thus it has been said that the test of apparent or “adjectival” relevance referred to in Arnotts is whether, viewed realistically, the documents sought have a bearing on an issue which is not “unreal, fanciful or speculative” (R v Barton [1981] 2 NSWLR 414 at 420); that the material sought should be “reasonably likely to add, in the end, in some way or other, to the relevant evidence in the case” (SpencerMotors Pty Ltd v LNC Industries Ltd [1982] 2 NSWLR 921 at 927 and Dorajay Pty Ltd v Aristocrat Leisure Ltd [2005] FCA 588 at [17]); that the question is whether the material sought could reasonably be expected to “throw light” on some of the issues in the principal proceedings (McIlwain); or that it is “on the cards” that the documents sought will materially assist the party at whose request the subpoena was issued (Alister v R [1984] HCA 85; (1984) 154 CLR 404 at 414 and see generally Wong v Sklavos; Satchell v Sklavos [2014] FCAFC 120; (2014) 319 ALR 378 at [12]).

The parties acknowledged that subpoenas “may be used to obtain documents relevant only to questions of credit, for the purpose of assisting cross-examination as to credit” (Liristis v Gadelrabb [2009] NSWSC 441).

Further, a subpoena may be used at an early stage in proceedings (for example where, as here, little or no substantive evidence has been filed).  In such circumstances the following principles adopted by the Western Australian Court of Appeal in Stanley & Anor v Layne Christensen Company & Ors [2004] WASCA 50 at [9], as referred to in Andrade at [25], are in point:

(2) In assessing whether a legitimate forensic purpose exists in relation to documents sought on an early return of subpoena, it must be borne in mind that the necessity for having a document to fairly dispose of the issues at trial might well not become apparent before trial. It may, for example, become apparent when a document is used in cross-examination to refute unforeseen evidence-in-chief. Thus, whether a document is ‘necessary’ to fairly dispose of proceedings is to be understood in the broad sense of embracing any document which has value, in the sense of at least apparent relevance, and fairly disposing of proceedings, even if it might not readily be seen, at the pre-inspection stage, necessarily to be admissible in evidence: see Apache Northwest (supra) at 376. Cases will be rare in which, prior to production of documents, a subpoena will be set aside as an abuse of process on the ground the documents by description are manifestly irrelevant to the subject proceedings, or are incapable of bearing upon matters of credit pertinent to the proceedings: see Brand v Digi-Tech [2001] NSWSC 425.

(3) At least one object of the rule permitting early return of subpoenas is to appraise the parties of the strengths and weaknesses of their case at an early stage. Hence, no narrow view as to the legitimate purposes of a subpoena ought to be taken: see Khanna v Lovell White Durrant [1995] 1 WLR 121 at 123.

(4) There is no requirement that to avoid the stigma of fishing, a party must already by in possession of some evidence before issuing a subpoena. Historically the concept of fishing was not concerned with the prior possession of evidence, but rather the prior pleading of issues for which the evidence sought would be relevant: see Bailey & Ors v Beagle Management Pty Ltd & Ors [2001] FCA 60; (2001) 105 FCR 136 at 143 – 144; Chapman v Luminis Pty Ltd [2001] FCA 1580 at [48]. In the interests of a fair trial, litigation should be conducted on the footing that all relevant documentary evidence is available: see Bailey (supra) at 143.

Mr Zaki did not accept as a general principle that the burden of production of the documents must not be disproportionate to their relevance as Russells contended (see Arnotts and also Dorajay at [34]), but did accept that a subpoena may be set aside if it was “oppressive” in the sense that the issue of the subpoena must not, in all the circumstances, be oppressive in terms of its impact on the recipient (McIlwain at [35(m)]).

In Dorajay at [34] Stone J considered the relevance of proportionality as follows:

… This amounts to a submission that the paragraphs have no legitimate forensic purpose because the documents are sought in order to discover if there is a case not to support a case that has already been articulated; Small at 575. In Bailey v Beagle Management Pty Ltd [2001] FCA 60; (2001) 105 FCR 136 at 143, a Full Court of this Court noted that the concept of fishing had undergone ‘substantial rethinking’ in recent years. The Court referred to the comment of the majority of the High Court in Grant v Downs [1976] HCA 63; (1976) 135 CLR 674 at 685 to the effect that the public interest requires that in the interests of a fair trial ‘all relevant documentary evidence’ should be available. The Full Court commented at 143:

The applicants’ suggested rule imposes a requirement that, to avoid the stigma of fishing, a party must already be in possession of some evidence, before issuing a notice to produce (or, presumably, any other compulsive interlocutory process). But historically the concept of fishing was not concerned with the prior possession of evidence but rather that there was a prior pleading which raised issues for which the evidence sought by the process would be relevant.

Their Honours noted at 144 that, more often, a holding on fishing in relation to an interlocutory process ‘appears to be more a question of oppression’. They referred to the comments of Jordan CJ in Small at 575 that a subpoena ‘will be set aside as abusive if great numbers of documents are called for and it appears that they are not sufficiently relevant’. Even if I am wrong in relation to the documents referred to in [33] above not being relevant to the s 33N hearing, I would set aside the subpoenas to the extent that they refer to those documents on the ground that such relevance as they may have is disproportional to any benefit that their production might have for the respondent.

In Arnotts Beaumont J pointed out (at 102) that it was relevant to consider whether a subpoena was “seriously and unfairly burdensome or prejudicial”, looking at the matter from the point of view of the party subpoenaed.  The difference of opinion between the parties in relation to the relevance of proportionality may well have been of considerable significance had Mr Zaki continued to press for production of all 62 categories of documents listed in the subpoena.  However, as discussed below, that is no longer the case.

The common theme of these various statements of the applicable test of relevance in the context of subpoenas or notices to produce is that it is less stringent than the test of relevance that applies in the context of the admissibility of evidence. And where, as here, the proceeding is at a very early stage and the issues have not been clearly defined, the question whether documents sought by a subpoena have apparent relevance should not be approached too narrowly or rigidly. In such circumstances, the court should be wary of too readily excluding the possibility that a document or class of documents might at the end of the day be relevant to a fact in issue in the litigation. The court should not lose sight of the fact that the public interest requires that in the interests of a fair trial litigation should be conducted on the footing that all relevant documentary evidence is available: Grant v Downs [1976] HCA 63; (1976) 135 CLR 674 at 685; referred to by the Full Court in Bailey v Beagle Management Pty Ltd [2001] FCA 60; (2001) 105 FCR 136 at 143 [27].

Further, insofar as there is an assertion that a subpoena is being used to discover if the issuing party has a case, rather than to support a case already articulated, Brereton J observed in Liristis v Gadelrabb at [5] that: “It is not fishing to seek documents when there are reasonable grounds to think that fish of the relevant type are in the pond”.  However, the documents of which production is sought must be identified with reasonable particularity and a subpoena cannot be used as a substitute for discovery (Commissioner for Railways v Small (1938) SR (NSW) 564, 574-575 per Jordan CJ; NSW Commissioner of Police v Tuxford & Ors [2002] NSWCA 139 at [19]). Further, a subpoena should be set aside as an abuse of process if it is unintelligible in form (Marsden v Amalgamated Television Services Pty Ltd [1999] NSWSC 619 at [461]; Deputy Commissioner of Taxation v Caporale [2014] FCCA 250 at [39(e)] per Lloyd-Jones FM).”