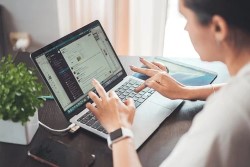 These passages from a recent decision of the Fair Work Commission constitute a very good summary of the basic law and procedure for applying for and the making of a stop bullying order.

(a) a worker has made an application under section 789FC; and

(b) the FWC is satisfied that:

(i) the worker has been bullied at work by an individual or a group of individuals; and

(ii) there is a risk that the worker will continue to be bullied at work by the individual or group;

then the FWC may make any order it considers appropriate (other than an order requiring payment of a pecuniary amount) to prevent the worker from being bullied at work by the individual or group.

(a) if the FWC is aware of any final or interim outcomes arising out of an investigation into the matter that is being, or has been, undertaken by another person or body—those outcomes; and

(b) if the FWC is aware of any procedure available to the worker to resolve grievances or disputes—that procedure; and

(c) if the FWC is aware of any final or interim outcomes arising out of any procedure available to the worker to resolve grievances or disputes—those outcomes; and

(d) any matters that the FWC considers relevant.

[11] The Commission’s powers under s.789FF(1) are of wide import insofar as the Act provides that the Commission may make any order that it considers appropriate. However, the power to make such an order is conditional upon the Commission first being satisfied that the worker has been “bullied at work”. As Vice President Hatcher stated in Mac v Bank of Queensland Ltd 5 (Mac v BOQ):

“[75] It can be seen that s.789FF establishes three prerequisites to the exercise of the power to make anti-bullying orders:

(1) A worker must have made an application under s.789FC.

(2) The Commission must be satisfied that the applicant worker has been bullied at work by an individual or group of individuals.

(3) The Commission must be satisfied that there is a risk that the applicant worker will continue to be bullied at work by the individual or group of individuals.” 6

[12] There are several aspects of ss.789FD and 789FF that have been considered by case law.

[13] Firstly, the test imposed is an objective one, with the measure of “reasonability” being a question of fact. 7 In other words, the impugned behaviour will be caught by s.789FD if a reasonable person (having regard to all the facts and circumstances) may consider it to be unreasonable.8

[15] Thirdly, the impugned behaviour must also “create a risk to the health and safety”. In this regard, in Re SB, 11 Commissioner Hampton stated:

“[44] The unreasonable behaviour must also create a risk to health and safety. Therefore there must be a causal link between the behaviour and the risk to health and safety. Cases on causation in other contexts suggest that the behaviour does not have to be the only cause of the risk, provided that it was a substantial cause of the risk viewed in a common sense and practical way. This would seem to be equally applicable here.

“[47] Section 789FD(2) of the Act is not so much an “exclusion” but a qualification which reinforces that bullying conduct must of itself be unreasonable. It also emphasises the right of management to take reasonable management action in the workplace.

[48] The Explanatory Memorandum refers to management decision and decisions about how work is to be carried out. This suggests that the term may be required to be given a wide meaning under s.789FD(2) and that the Legislature intended everyday actions to effectively direct and control the way work is carried out to be covered by the exclusion.

[49] Determining whether management action is reasonable requires an objective assessment of the action in the context of the circumstances and knowledge of those involved at the time. Without limiting that assessment, the considerations might include:

[50] The specific ‘attributes and circumstances’ of the situation including the emotional state and psychological health of the worker involved may also be relevant.

[51] The test is whether the management action was reasonable, not whether it could have been undertaken in a manner that was ‘more reasonable’ or ‘more acceptable’. In general terms this is likely to mean that:

[52] For the circumstances in s.789FD(2) of the Act to apply, the management action must also be carried out in a ‘reasonable manner’. Consistent with the approach above, what is ‘reasonable’ is a question of fact and the test is an objective one.

[54] All of the requirements of s.789FD(1) must be read together. In terms of the issues in dispute in this case, this means that the Commission must consider whether an individual or group of individuals have repeatedly behaved unreasonably towards the applicant and whether that behaviour has created a risk to health and safety. A positive finding on each of these elements, and if appropriate, a finding that the circumstances contemplated in s.789FD(2) of the Act do not apply to the behaviour, must be made for the Commission to find that the applicant worker has been bullied at work”. 16

“[19] The expression ‘management action’ in s.789FD(2) is not confined only to managerial decisions but encompasses a wider range of conduct or behaviour which affects an employee, including such things as performance and disciplinary matters, the allocation of work and the way in which work is to be carried out. Placing an employee on a PIP clearly falls within the scope of the expression ‘management action’.

[21] The specific question of whether placing a worker on a PIP constituted “reasonable management action” for the purposes of s.789FD(2) of the Act, was considered by Vice President Hatcher in Mac v Bank of Queensland Limited. In that case, the applicant, Ms Mac, argued that the managerial decision to impose, and continue to impose, a PIP on her, was not reasonable management action because the shortcomings in her performance had not been sufficiently serious to justify that decision being made. In assessing the reasonableness of this managerial decision, the Vice President did not attempt to form his own judgment as to whether Ms Mac’s overall performance was satisfactory, explaining:

‘… I do not consider that an assessment of whether the imposition of the PIP on Ms Mac was unreasonable requires the Commission to engage in the process of attempting to form its own judgment as to whether her overall performance was satisfactory or not and to substitute its judgment for that of the relevant BOQ managers and supervisors. Even if a different and better opinion of Ms Mac’s work performance could legitimately be formed on the evidence before me, that would not be sufficient to show that the decision to introduce the PIP was unreasonable. What is necessary is for Ms Mac to demonstrate that the decision to introduce the PIP lacked any evident and intelligible justification such that it would be considered by a reasonable person to be unreasonable in all the circumstances.’ (emphasis added)

[22] In the Decision subject to appeal the Commissioner agreed with the approach taken by the Vice President and applied it to the matter before him, noting:

‘It follows that I do not need to form my own judgment as to whether Mr Blagojevic’s overall performance was satisfactory or not. The primary issues for determination are whether the decision to introduce the PIP or revise it lacked any evident and intelligible justification, and whether the introduction and implementation of the initial and revised PIP was carried out in a reasonable manner.’

[23] It is convenient to note here that Mr Blagojevic did not challenge this aspect of the Commissioner’s decision; nor did he contend that Mac v BOQ was wrongly decided. For our part, we agree with the observations of Vice President Hatcher set out at [21] above.” 18

[20] Finally, the observations of Vice President Hatcher in Mac v BOQ 19 as to examples of conduct “which one might expect to find in the course of repeated unreasonable behaviour that constituted bullying at work” are pertinent: