Standing down employees under the Fair Work Act 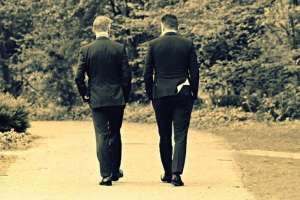 Quite apart from the specific amendments to the Fair Work Act which enable an employer to vary the hours of work of an employee in justified circumstances due to the effects upon the business of the Covid 19 pandemic, Sec 524 of the Fair Work Act, which has been present in the Act since 1 January 2010, provides that an employer may stand down an employee during a  period in which the employee cannot usefully be employed because of, inter alia, “a stoppage of work for any cause for which the employer cannot reasonably be held responsible.”

The following is an extract from a recent Fair Work Commission decision in a dispute about the implications of these provisions which clearly indicates that the restrictions upon an employer considering using the stand down provisions.

(4) In dealing with the dispute, the FWC must take into account fairness between the parties concerned.

[36] Principles guiding the operation of these provisions were summarised by a full bench of the Commission in SSX Services Pty Ltd v The Australian Workers Union:[4]

“Importantly, the right to stand down employees under s.524 arises from the effect of the section itself. The right is not dependent on approval of the Commission. However, to the extent that a dispute arises in relation to the exercise of that right, the Commission is empowered by s.526 to deal with that dispute by arbitration. The Commission is required to take into account fairness between the parties concerned and thereby incorporate an overall discretionary factor into the task of determining a dispute over whether the right to stand down is correctly invoked in the circumstances. The parties are bound by s.527 to comply with an order of the Commission dealing with a dispute.”

[37] The well-established canons of statutory construction apply to section 524. These require the ordinary meaning of words used by the parliament to be adopted having regard to context and purpose.

[38] A statutory right to stand down is an important qualification to an obligation which an employer would otherwise have to pay an employee lawfully applicable wages for work performed. As an exception to what would otherwise be a fundamental term of an employment contract (to pay wages) the provision needs to be applied without excessive breadth but in a manner that gives effect to its language and purpose.

[40] The FW Act establishes a national scheme for the regulation of workplace rights, responsibilities and relationships across employers and employees of different age and maturity in diverse industries and enterprises in urban and regional Australia. Unsurprisingly, the FW Act contains multiple objects directed at common and competing interests. No single object has primacy though all must be taken into account.

[41] The stand down provisions fall within a Part of the FW Act (Chapter 3 Part 3-5) directed at the protection of workplace rights which in turn is subject to the objects in section 3 directed at fairness and a balance between social and economic objectives. Those include the object of providing “fair” workplace relations laws that are “flexible for business” and “promote productivity and economic growth”[5].

[42] A stand down under section 524 is a statutory tool available to a business (if pre-conditions are met) that sits alongside the right of an employer to make persons redundant where circumstances warrant. By providing the right to stand down there is a public policy purpose in giving an employer the option of retaining employment relationships in lieu of terminating employment. Doing so serves common and competing social and economic goals such as a continuing job but a temporary reduction in labour costs.

[43] The factual context applicable to Mr La Plume’s stand down is relevant. He was stood down in the context of a global pandemic that is materially shaking the economy and the markets in which Thomas Foods is operating. Those impacts continue to have unique features not the least of which is uncertainty as to duration and intensity.

[44] As Mr La Plume was employed by a head office entity not eligible for Jobkeeper, this dispute does not arise under Part 6-4C of the FW Act or the different language used by the parliament for a Jobkeeper enabling stand down (section 789GDC). This dispute is dealt with under the general stand down provisions of the FW Act (section 524).

[45] Two factual preconditions need to exist for Mr La Plume’s stand down to have been consistent with those provisions: that he could not be “usefully employed” and (given that neither (a) nor (b) apply) that this was because of “a stoppage of work for any cause for which the employer cannot reasonably be held responsible” (section 524(c)).

[46] A causal connection is required between the fact of not being able to be usefully employed, and the stoppage[6].

[47] The only reason Thomas Foods stood Mr La Plume down was to mitigate against the impact of the COVID-19 pandemic on its business. This was made clear to Mr La Plume orally and in writing[7]. There is no dispute that the effects on the business were impacts for which the employer could not be reasonably held responsible. Indeed, the evidence is that senior management and owners of Thomas Foods have, since the outset of the pandemic, been diligently trying to mitigate those effects in order to retain markets, production capacity and employment.

[48] The issue in contention is whether there was a stoppage of work and whether Mr La Plume could not be usefully employed as a result of that stoppage.

[50] Similarly, an employee in those areas may not be able to be usefully employed even though other employees are able to continue working[11].

[53] There was however a causal connection between reduced work activity in the export documentation team and the fewer hours that needed to be worked by the four members of that team. Yet it cannot be said that Mr La Plume could not have been employed to do some of that work. Indeed, whilst demand relating to NAFTA countries was impaired, some United States supply chains remained and work was needed on export documentation. That work was reassigned to other team members once Mr La Plume was stood down, as was his work on air freight.

[54] Work did not stop; simply the demand for the level of work in a continuing business unit reduced in response to an external event. That is not a stoppage of work within the meaning of section 524.

[55] In drawing this conclusion, I take into account fairness, as required by section 526(4) of the FW Act.

[56] In this matter, those fairness considerations cut both ways.

[57] It was fair for Thomas Foods to reduce working hours in the export documentation team. A circumstance beyond its control had impacted demand, and whilst the relevant business activity did not stop the employer needed to make consequential reductions in labour. It was also reasonable for Thomas Foods to, at least initially, maintain employment relationships and use options short of redundancy. I am also satisfied that Thomas Foods genuinely considered redeployment opportunities, which neither the employer nor Mr La Plume could identify.

[58] Yet the employer chose to impose the whole burden of reduction in hours on one full time employee, Mr La Plume whilst retaining full time employment amongst other members of the business unit. That was unfair. I am not satisfied that Thomas Foods fairly selected Mr La Plume to carry the burden of reduction on an objectively verifiable basis. Some broad regard appears to have been had to his low annual leave balance and to skills. Yet his skills regarding NAFTA countries were not questioned, were still in demand and he was a longer serving employee than some others. To the extent relevant, an employee with a low leave balance is likely to have more trouble accommodating an income loss when being stood down compared to a person with a higher balance who can call on those accruals (or part of them) to sustain income for a temporary period.

[59] A fair approach would have been for Thomas Foods to apply some apportionment to the reduction to comparable employees in the export documentation team, not singularly to Mr La Plume.

[60] There being no stoppage of work, and taking into account fairness considerations, the stand down was not consistent with the FW Act.”