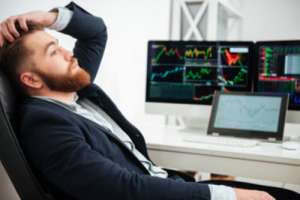 “First, when making findings of fact, there is a necessity to have regard to the fact that while the standard of proof in this case is upon the balance of probabilities (Evidence Act 1995 (Cth) s 140(1)), the strength of the evidence necessary to establish a fact or facts on the balance of probabilities or the “degree of satisfaction that is required in determining that that standard has been discharged” varies according to the considerations listed in s 140(2) (see Qantas Airways Ltd v Gama [2008] FCAFC 69; (2008) 167 FCR 537 at 571 [110] per French and Jacobson JJ). Section 140(2) of the Evidence Act provides that, without limiting the matters that may be taken into account, the Court “is to take into account”: (a) the nature of the cause of action; and (b) the nature of the subject matter; and (c) the gravity of the matters alleged.

As to the adverse action case, the alleged contraventions are of civil remedy provisions (see Part 4-1 of the FWA).  They are, accordingly, serious: see Australian Competition and Consumer Commission v Australian Safeway Stores Pty Limited (No 3) [2002] FCA 1294; (2002) ATPR 41-901 at 45,414 [53] per Goldberg J. Having noted this, it is important not to overstate this factor or to generalise. Section 140(2) requires a fact-finder, in considering satisfaction of proof, to have regard to the truth, consistent with the accumulated experience of the courts, that such satisfaction is not a state of mind attained independently of the nature and consequence of the fact proved and the seriousness of an allegation made. As Dixon J famously explained in Briginshaw v Briginshaw [1938] HCA 34; (1938) 60 CLR 336 at 362, the inherent unlikelihood of an occurrence must affect the answer to the question of whether the issue has been proved.

This is why, in having proper regard to s 140(2), it is not the end of the analysis to note that a suggested finding would amount to a contravention of civil remedy provision. All breaches of civil remedy provisions are not the same. Some might involve behaviour which, at one end of the continuum of possible contravening conduct, could be characterised as being misguided but morally benign, or, at the other end of the continuum, could be contravening conduct characterised as being seriously depraved.  Although findings as to a contravention of the FWA are not findings lightly to be made, forming an opinion as to reasonable satisfaction about matters in evidence involves consideration of not only the consequence of such a finding but also the nature of the conduct.  This is another way of saying that all of the s 140(2) mandatory considerations must be taken into account.  Here the conduct alleged (although serious and unlawful) is not the type of conduct which, if proved, is so egregious that it would be regarded as conduct which, by its nature, human experience would suggest is inherently unlikely to have occurred.

Secondly, Division 7 of Part 3.1 of the FWA provides, among other things, that where, such as here, it is alleged that a person takes action “for a particular reason” then a person takes action “for a particular reason” if the reasons for the action include that reason: see s 360. Additionally, s 361(1) relevantly provides that if it is alleged that a person took action for a particular reason and, such as here, the taking of that action for that reason would constitute a contravention, “it is presumed that the action was…taken for that reason… unless the person proves otherwise”.  As French CJ and Crennan J explained in Board of Bendigo Regional Institute of Technical and Further Education v Barclay [2012] HCA 32; (2012) 248 CLR 500 at 506 [5], the task of a court in a proceeding alleging a contravention is to determine, on the balance of probabilities, why the employer took adverse action against the employee, and to ask whether it was for a prohibited reason or reasons which included a prohibited reason. The imposition of the statutory presumption in s 361, and the correlative onus on employers, means that direct evidence of state of mind, intent or purpose of the decision-maker will bear upon the ultimate determination as to why the adverse action was taken. This is a question of fact, to be answered in the light of all the proved facts: see Barclay at 517 [44]-[45].  Put another way, whether a respondent in the position of CSG has discharged its onus is a question to be resolved at the end of a proceeding and upon consideration of the entirety of the evidence adduced: Construction, Forestry, Mining and Energy Union v Anglo Coal (Dawson Services) Pty Ltd [2015] FCAFC 157; (2015) 238 FCR 273 at 279 [27] per Jessup J.