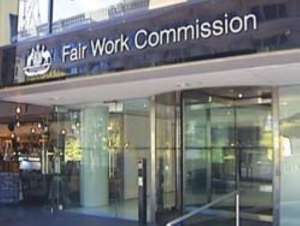 The Fair Work Commission has been granted further powers by the Commonwealth to deal inter alia with Covid 19 stand down disputes. As an example here is a summary issued by the Commission about a dispute between Qantas and its employees’ unions about Qantas’ decision to refuse employees access to accrued personal leave during the Qantas stand down of most of its  employees. Qantas appears to be arguing that the effect of a stand down under the relevant enterprise agreemennts is to freeze access by affected employees of to their accrued personal leave balances.

This matter relates to an application to deal with a dispute involving stand downs. The application was filed by the Australian Municipal, Administrative, Clerical and Services Union (the ASU) in respect to thousands of its members employed by Qantas who are covered by the Australian Services Union (Qantas Airways Limited) Agreement 11 (PDF) and who have been stood down, or given notice of being stood down, as a consequence of the current COVID-19 pandemic.

The impact of COVID-19 on Qantas has been brutal and devastating for the Company and thousands of its employees, with stand downs of approximately 20,000 having occurred or imminent. This specific dispute arose from Qantas’ view that access to personal leave under clause 48 of the Agreement is not available to employees who are the subject of stand down because Qantas does not require work to be performed (or more correctly, it has no work to be performed). As a result, Qantas will not grant employees access to accrued personal leave and will ‘suspend’ personal leave already approved or being currently undertaken when an employee is stood down.

In the current circumstances, and in consultation with the relevant Unions, Qantas has agreed to allow employees access to:

There are presently before the Federal Court of Australia urgent applications (NSD376/2020) filed by a number of Unions which I seek declarations from the Federal Court as to agreement breaches, in respect to the very same issue the subject of this dispute; namely, Qantas’ decision not to allow employees to access their accrued personal leave if stood down.

There is a well-accepted principle that, as far as practicable, concurrent litigation about the same issue/s in, and between Courts and Tribunals, should be eschewed so as to avoid unnecessary duplication of finite and stretched court resources and to avoid the possibility of different outcomes on the same issue/s in different jurisdictions. In the present unprecedented circumstances the degree of cooperation, hard work and goodwill demonstrated by the collective union movement, employer organisations, individual employers and the Government, has been extraordinarily proactive, positive and productive; no less so in respect to Qantas and its employees’ Unions.

The Commission recommended that in these circumstances, and given the number of Unions which are or might be in dispute with Qantas about this issue, that the peak union body the Australian Council of Trade Unions should urgently coordinate the Unions’ position and organise and lead negotiations with Qantas about this discrete matter. This may result in resolving any number of existing, or likely disputes and avoid duplication of time, resources and costs for the parties.