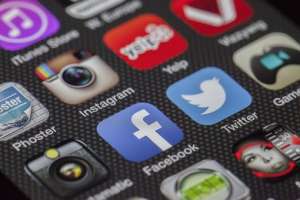 I have previously posted about how publishing on social media can impact on an employee’s job. There is now plenty of legal authority to support an employer which dismisses an employee due to the employee posting undesirable of offensive material on social media. However it is self evident that there must be a causal connection with the workplace. But how self evident does that causal connection need to be?

Here are some examples.

“It is well accepted that behaviour outside working hours may have an impact on employment ‘to the extent that it can be said to breach an express term of [an employee’s] contract of employment’.

A Facebook posting, while initially undertaken outside working hours, does not stop once work recommences. It remains on Facebook until removed, for anyone with permission to access the site to see. A Facebook posting comes within the scope of a Rose v Telstra consideration but may go further. It would be foolish of employees to think they may say as they wish on their Facebook page with total immunity from any consequences.’……………………..[

I do not know how many people ultimately accessed Ms Fitzgerald’s Facebook page or what they thought of what they read. I do know that Ms Fitzgerald did not name the salon where she worked and there is no suggestion that this information was readily available on her page. Whilst clearly the comments were directed at the hairdressing industry I do not consider that the comments were such that they would adversely affect the industry as a whole or Ms Smith’s salon specifically.’”

“A more thorough investigation, including obtaining a written account from Mr Singh would have satisfied Aerocare that Mr Singh did not support ISIS. A reasonable conclusion would then be that the ISIS post was an incredibly stupid post to have been made.

With the above information available, it would have been appropriate to meet with Mr Singh and reiterate the SM Policy, and seek an assurance from him that he would, in all forms of social media interaction, whether within profiles or closed or secret groups, comply with the SM Policy. Aerocare would have been at liberty to inform Mr Singh that any subsequent breach of the SM Policy, whether made in a profile of his own name or otherwise, in a closed group or in public would result in the termination of his employment.

My finding, however, should not suggest that it is acceptable for employees in the relevant airport environment to post what appears to be support for a terrorist organisation and explain it away as sarcasm, comedy or satire. Mr Singh did a very stupid thing. I expect that even if the ISIS post had been made within the ‘Australia, The Last Castle’ secret Facebook group, he would have met with derision and likely reporting to authorities of his post.

The ISIS post does not even have the look of sarcasm. It is not witty. It is not funny. It is a ridiculous post.”