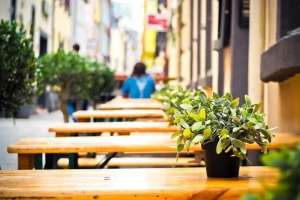 In this extract from a recent Fair Work Commission unfair dismissal case a Deputy President appears to suggest that in order to rely upon the Small Business Fair Dismissal Code’s jurisdictional defence of compliance with the summary dismissal provisions of the Code, an employer must inter alia demonstrate that it has summarily dismissed the employer for serious misconduct. With the greatest respect, those observations beg the issue. Why cannot a small business employer rely upon the Code when it can demonstrate serious misconduct by an employee leading to a dismissal but in circumstances in which the employer opts to provide statutory notice or pay in lieu?

[33] I am satisfied that the Applicant was dismissed without warning. She and Mr Kirby had one phone conversation on 9 March 2021, during which the Applicant admitted to having used the funds on the MyConnect card for personal use. In their subsequent meeting on 12 March 2021, her employment was terminated.

[34] The Respondent, through Mr Kirby, discovered on 9 March 2021 that the Applicant had used the company’s MyConnect card for personal use. Given this was a company card, the Respondent viewed this conduct as theft, which is one of the examples of serious misconduct listed in the Code. The Applicant admitted to using the MyConnect card for personal use and therefore I accept the Respondent believed on reasonable grounds that the unauthorised used had occurred and thus was sufficiently serious to justify immediate dismissal.

[35] I did turn my mind to whether the Applicant truly believed she had been authorised to use the funds on the MyConnect card for her personal use and if there was a genuine misunderstanding. While I accept the lack of reporting and auditing of the card by the Respondent was not done in the same way as was required for the Respondent’s credit card which the Applicant also possessed, I do not accept that it was reasonable for the Applicant to proceed on the basis that the funds on that card could be used as a personal bonus. The MyConnect card was issued to the Respondent. The Applicant was allowed to possess that card because of her employment. I do not think that a reasonable employee acting honestly would perceive that this entitled them to use the card for personal use. That might be different if the card is expressly referred to as being for the employee’s personal benefit in their employment contract or in some other document. However, that was the case here. I also do not accept that Mr Kirby orally authorised the Applicant to use the MyConnect card in that way.

[36] The Code states that, “for a dismissal to be deemed fair it is sufficient, though not essential, that an allegation of theft, fraud or violence be reported to the police”. The Respondent submitted it was taking action to recover the misappropriated funds from the Applicant. No detail was provided as to what specific process the Respondent had embarked upon. It is unclear whether the theft had been reported to police. In any event, the Code provides it is not essential for a report to police having been made.

[37] Having considered the evidence and submissions made by each party, I am satisfied that the Respondent reasonably believed that the Applicant engaged in serious misconduct warranting summary dismissal.

[38] Accordingly, I order that the jurisdictional objection be upheld and that the Applicant’s application be dismissed.”