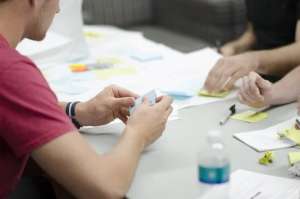 This passage from a recent Fair Work Commission decision in an unfair dismissal case sets out the legal principles which apply to the dismissal of an employee for serious misconduct by a small business employer.

“Determination of whether dismissal was in accordance with the Code

“In Ryman v Thrash Pty Ltd t/a Wisharts Automotive Services2 the Full Bench considered the proper application of the ‘Summary Dismissal’ section of the Code. The Full Bench’s conclusions were as follows:

“[38] We therefore consider that the “Summary dismissal” section of the Code applies to dismissals without notice on the ground of serious misconduct as defined in reg.1.07.

[39] To be clear, nothing stated above is to be taken as suggesting that in relation to such a dismissal it is necessary for the Commission to be satisfied that the serious misconduct which is the basis for the dismissal actually occurred in order for the dismissal not to be unfair. As was explained in Pinawin T/A RoseVi.Hair.Face.Body v Domingo:

“[29] … There are two steps in the process of determining whether this aspect of the Small Business Fair Dismissal Code is satisfied. First, there needs to be a consideration whether, at the time of dismissal, the employer held a belief that the employee’s conduct was sufficiently serious to justify immediate dismissal. Secondly it is necessary to consider whether that belief was based on reasonable grounds. The second element incorporates the concept that the employer has carried out a reasonable investigation into the matter. It is not necessary to determine whether the employer was correct in the belief that it held.”

[40] Whether the employer had “reasonable grounds” for the relevant belief is of course to be determined objectively.

[41] In summary, drawing on the conclusions stated above and the ratio in Pinawin, we consider that the “Summary dismissal” section of the Code operates in the following way:

(1) If a small business employer has dismissed an employee without notice – that is, with immediate effect – on the ground that the employee has committed serious misconduct that falls within the definition in reg.1.07, then it is necessary for the Commission to consider whether the dismissal was consistent with the “Summary dismissal” section of the Code. All other types of dismissals by small business employers are to be considered under the “Other dismissal” section of the Code.

the health or safety of a person; or

the reputation, viability or profitability of the employer’s business.

(b) the employee being intoxicated at work;

(c)  the employee refusing to carry out a lawful and reasonable instruction that is consistent with the employee’s contract of employment.””