Settlement agreements in the fair work system; what is covered? 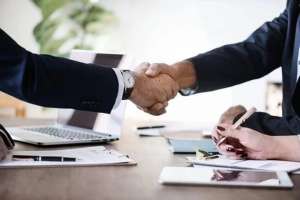 When an unfair dismissal case is settled, often but not only at a conciliation conference, it is customary for the terms of settlement to be embodied in an agreement which sets out the terms of settlement including that the agreement is intended to constitute a contract between the parties (ordinarily but not always the employer and the employee) preventing any further action to be taken by either party against the other. There are some matters which the law does not permit to be “settled” such as workers’ compensation and superannuation. As for other matters on occasion the issue of whether the agreement extinguishes each party’s right to pursue the other over any other issue needs to be resolved by the courts. This will involve the court determining what the settlement agreement covers and this will depend upon an analysis of “what was within the reasonable contemplation of the parties”.

The leading authority for that is Grant v John Grant and Sons Pty Ltd (1954) 91 CLR 112. I was taken, in some detail and length, to that case by counsel for the respondent. Although I do not propose to quote at length from it, I am satisfied that it is still good law.

In my view, the primary evidence of what was in the contemplation of the parties is to be inferred from the terms of the release itself and the nature of the formal claims made by the parties at the time. The claim made by the applicant was, as I say, for compensation for an unfair dismissal and for unpaid wages.

The response of the employer filed in the Fair Work Commission is a pro forma document and simply sheds no light on the existence of any other issue. An officer of the respondent company has also said that this matter was not in its contemplation at the time of signing the release. I give that evidence some weight but, bearing in mind that it is ex post facto evidence of a subjective intention, I do not find that evidence of much assistance. I give it some weight but not much.

However, I am satisfied, from looking at the terms of the release and also the extrinsic circumstances at the time that there is no evidence that the claim for overpayment of wages was in the contemplation of the parties at the time the release was signed. In my view, it is not unarguable that the respondent’s claim is not barred by the release.

Though this is an interlocutory application, I am satisfied that the release is probably ineffective to meet the respondent’s claims and therefore the respondent’s counterclaim is not amenable to summary dismissal pursuant to Rule 13.10 of the Federal Circuit Court Rules.”