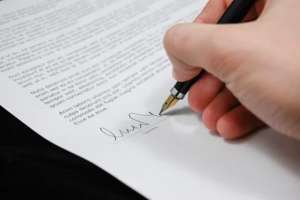 What are the effects of deeds of settlement in workplace disputes?

In Kowalski vs Trustee, Mitsubishi Motors Australia Ltd Staff Superannuation Pty Ltd and Anor (2003) FCAFC 18 delivered 28 February 2003  a Full Court of the Federal Court of Australia held that  a deed of settlement did extinguish an employee’s rights to pursue alleged statutory and award entitlements in a settlement agreement which was bona fide intended to settle disputes about monetary entitlements arising from the employment with the Full Court saying

” In these circumstances to view the Heads of Agreement as simply involving some diminution of the appellant’s statutory rights is to misunderstand the agreement reached. Plainly the appellant and the second respondent had litigation outstanding. Plainly enough each party was put in a particular position in that litigation. There were risks to each. True it is that statutory public rights cannot be waived or compromised. However, this does not prevent the parties from compromising litigation on foot and in contemplation, having regard to the various risks to the parties in that litigation. See e.g. Lieberman vs Morris [1944] HCA13; (1944) 69CLR69 at 80. That is clearly what occurred in this case.”

However in Atkins Freight Services Pty Ltd vs Fair Work Ombudsman [2017] FCA 1134 delivered 22 September 2017 White J of the Federal Court held that a settlement deed between the employer and the employees as to statutory, award and contractual entitlements could not prevent the Fair Work Ombudsman from pursuing enforcement proceedings for those matters as opposed to recovery unpaid entitlements, observing

“The FWO’s first contention on the appeal concerning the deeds was that no effect should be given to them because it was not possible for employers and employees to contract out of the minimum entitlements established by awards. That principle is well established: Josephson vs Walker [1914] HCA 68; (1914) 18 CLR 691 at 700; Textile, Clothing And Footwear Union of Australia vs Givoni Pty Ltd [2002] FCA 1406 at [23][35]; Metropolitan Health Service Board vs Australian Nursing Federation [2000] FCA 784 (2000) 99 FCR 95 at [17] [25]. The FWO accepted that this general principle does not preclude parties from compromising bona fide current and contemplated litigation. So much was confirmed by the Full Court in Kowalski at [17]:……”

As to the prospect of double recovery issues, His Honour said

” It is true there could be the prospect of double recovery by an employee whose compromised claims are later pursued by the FWO in the exercise of her independent function. There may also be circumstances, of which Kowalski is an example, in which it would be appropriate for the IRCSA to have regard to compromises of bona fide disputes concerning the underpayment of wages. However, when the circumstances of these kinds arise, account can be taken of them by a Court in the exercise of the discretion which is the subject of Ground 2(b) in the Notice for Appeal.”

The other factor in the case which did not assist the employer’s defence was that the deeds did not recite that the settlement included matters being or to be litigated.

In Doyle vs Oil Basins Ltd [2017] FCCA 2758 delivered 14 November 2017 the Federal Circuit Court accepted that a deed of settlement was capable of constituting a bar to an employee pursuing a claim for unpaid contractual entitlements under and employment agreement with O’Sullivan J citing the High Court decision in Grant vs John Grant Sons Pty Ltd [1954] HCA 23 in which the majority had stated the following proposition at 131:

“The question is whether upon a proper interpretation of the deed the general release clause should be restrained to matters in dispute within the meaning of these recitals. The question depends primarily on the application of the prima facie canon of construction qualifying the general words of a release by reference to particular matters which recitals show to be the occasion of the instrument. But it is also affected by the general tenor of the deed. It is unnecessary to say more about the canon of construction or to discuss further the contents of the deed. As to the first, all that remains is to apply the principle that prima facie the release should be read as confined to the matters forming the subject of the disputes which the deed recites.”