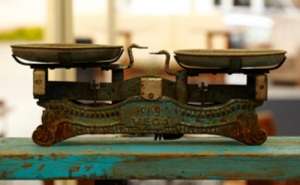 It is quite common for an employer and an employee to reach an agreement that the employer will pay the employee a rate of pay which is intended to (and can) constitute a single rate of remuneration which includes all of the award entitlements to which the employee would otherwise be entitled.

However there are a number of conditions which the law requires to be satisfied for the arrangement to be binding.

The first requirement is that there be an identifiable and enforceable agreement to that effect. What is required to satisfy this requirement?”

“As recently as 4 August 2017, Lee J of the Federal Court of Australia said the following about contractual composition and construction in Avenia v Railway & Transport Health Fund Ltd[8] –

The rights and liabilities under a contract are to be determined objectively, by reference to a textual as well as a contextual analysis (that is, by reference to the entire text of the contract as well as any contract or document referred to in the text) and purpose. Ordinarily, this process of construction is possible by reference to the contract alone but sometimes, where there is constructional choice, recourse to events, circumstances and things external to the contract is necessary (including the genesis of the transaction and the commercial background): see Mount Bruce Mining Pty Limited v Wright Prospecting Pty Limited [2015] HCA 37; (2015) 256 CLR 104 at [46]-[52] per French CJ, Nettle and Gordon JJ; [107]-[113] per Kiefel and Keane JJ; [119]-[121] per Bell and Gageler JJ, and the observations of Kiefel, Bell and Gordon JJ in Ecosse Property Holdings Pty Ltd v Gee Dee Nominees Pty Ltd [2017] HCA 12; (2017) 91 ALJR 486 at [16]-[17], citing Electricity Generation Corporation v Woodside Energy Ltd [2014] HCA 7; (2014) 251 CLR 640.[9]

In debate with Ms Kelly I brought to her attention an ageing authority of the Honourable Justice Gillard of the Supreme Court of Victoria in Howtrac Rentals Pty Ltd v Thiess Contractors (NZ) Ltd.[10] There,his Honour examined in extraordinary detail the proper legal analysis which a court must undertake when ascertaining the phenomenon of agreement. His Honour said that whether or not a binding concluded contract in law has come into existence is a question of fact.

His Honour said the plaintiff has the burden of persuading the court that the agreement was reached with respect to essential terms to effect the commercial purpose and that the parties intended to be bound by that agreement.

His Honour said that in determining the question, a court considers all relevant facts which include facts which occurred after the date

Gillard J said the issue involved a three-fold enquiry. First, did the parties arrive at a consensus? Second, if they did, was the consensus such that it was capable of forming a binding contract in the circumstances? Third, did the parties intend that the consensus at which they arrived should constitute a binding contract? His Honour cited the decision of the Court of Appeal of the Supreme Court of New South Wales in Air Great Lakes Pty Ltd v KS Easter (Holdings) Pty Ltd.[14]

During debate with Ms Kelly I referred to her an article I wrote some time ago called ‘Contractual Composition, Construction and the Matrix of Fact’.[15]

I was not persuaded that an agreement in the nature of a set-off agreement was established. In view of my conclusions about there being no express agreement of the sort for which the respondent contended, it was unnecessary to examine the complex learning about the application of set-offs in an industrial context as canvassed in such cases as James Turner Roofing Pty Ltd v Peters[16] and Poletti v Ecob (No 2) .[17] Helpfully, but as it happened unnecessarily, Ms Kelly brought to my attention the decision of the Full Court of the Federal Court of Australia in Linkhill Pty Ltd v Director, Office of the Fair Work Building Industry Inspectorate.[18]

In view of my dismissal of the set-off point it became necessary to examine each of the separate claims brought by the applicant in this proceeding. As mentioned above, Mr Nocera and the respondent led no evidence on the substantive aspects of the claim. Having failed on the set-off point, the only material before me in relation to the substantive claims was the applicant’s.”