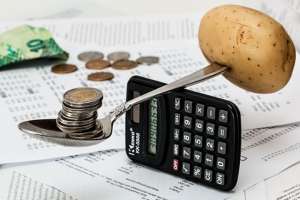 “The next argument advanced by the Corporate Respondents (and Mr Silverbrook and Ms Lee) asserted error on the part of the Federal Circuit Court Judge when calculating the underpayment of wages and other entitlements. The error alleged is the failure to bring to account (for example) an overpayment of wages and entitlements for one period when calculating an underpayment for a different period.

The argument confronts a number of difficulties.

First, there was no analysis on the part of those who advanced this argument as to the circumstances in which compliance with a statutory obligation of an employer to pay wages and entitlements as required by s 323 of the Fair Work Act could be met by payments made at a future point of time by some person or entity other than the employer. Nor was there any analysis as to those circumstances in which a past overpayment could be “set-off” against a statutory requirement to currently pay wages and entitlements.

Part of that body of jurisprudence supports the conclusion that an over-award payment cannot later be used to offset subsequent underpayments: Lynch v Buckley Sawmills Pty Ltd [1984] FCA 306; (1984) 3 FCR 503. Keely J there accepted as correct (at 509) the following concession that:

… by selecting a time period which is unrepresentative of the employer’s history and conduct, the [Fair Work Ombudsman] is able to paint a picture more prejudicial to the Corporate Respondents than if a financial year or calendar year or employment year were selected.

Even though it may be accepted that the selection of the “time period” may affect the comparison undertaken, it was left unexplained why the Fair Work Ombudsman should have undertaken an audit of a period of time which was not the subject of complaint by the employees and thereafter compare that period to the period when the employees were not in fact being paid. The period of time during which employees of each of the corporate employers remained unpaid was largely uncontroversial.

The submissions with respect to set-off and compensation are rejected.”