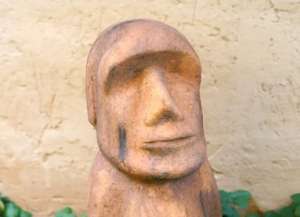 In this recent case, the Fair Work Commission made observations about evidence issues when serious misconduct is an allegation in an unfair dismissal case.

[67] To be a valid reason the reason must be “… sound, defensible or well-founded.” A reason which is “… capricious, fanciful, spiteful or prejudiced …” cannot be a valid reason.  62 The reason for termination must be defensible or justifiable on an objective analysis of the relevant facts.63 The valid reason for termination is not to be judged by legal entitlement to terminate an employee, “… but [by] the existence of a reason for the exercise of that right” related to the facts of the matter.64 Ascertainment of a valid reason involves a consideration of the overall context of the “practical sphere” of the employment relationship.65

[68] Mr McLean was not dismissed for reasons of capacity, but instead because of misconduct.

[69] Where an employee has been dismissed without notice (summary dismissal) for serious misconduct the Commission may find that, although there was a valid reason for the dismissal, the dismissal was harsh because summary dismissal was a disproportionate response. Where the conduct involves serious misconduct, the principle established in Briginshaw v Briginshaw 66 may be relevant. While an “elevated standard”,67 the standard of proof remains the balance of probabilities but “the nature of the issue necessarily affects the process by which reasonable satisfaction is attained” and such satisfaction “should not be produced by inexact proofs, indefinite testimony, or indirect inferences” or “by slender and exiguous proofs or circumstances pointing with a wavering finger to an affirmative conclusion”.68

[70] It is not the Commission’s role to “stand in the shoes of the employer and determine whether or not the decision made by the employer was a decision that would be made by the court.”69 However, the Commission “must consider the entire factual matrix in determining whether an employee’s termination was for a valid reason.”70

[71] For there to be a valid reason related to the Applicant’s conduct, it must be found that the conduct relied on occurred as a necessary step in the process of determining whether a valid reason existed.71 Further, “[t]he question of whether the alleged conduct took place and what it involved is to be determined by the Commission on the basis of the evidence in the proceedings before it. The test is not whether the employer believed, on reasonable grounds after sufficient enquiry, that the employee was guilty of the conduct which resulted in termination. 72

[72] It has been said by the Full Bench with reference to the definition of “serious misconduct” within the Fair Work Regulations 2009 that “the criterion for a valid reason is not whether serious misconduct as defined in reg.1.07 has occurred, since reg.1.07 has no application to s.387(a) (although a finding that misconduct of the type described might well ground a conclusion that there is a valid reason for dismissal based on the employee’s conduct).” 73 The Full Bench has also found there is not a “clear rule of law defining the degree of misconduct justifying summary dismissal”,74 and that it “is certainly well established that, for the purposes of s.387(a), it is not necessary to demonstrate misconduct sufficiently serious to justify summary dismissal on the part of the employee in order to demonstrate that there was a valid reason for the employee’s dismissal (although established misconduct of this nature would undoubtedly be sufficient to constitute a valid reason).”75

[74] In matters involving an employer’s workplace investigation, it has been observed that employers are not required to have the investigative skills of police or legal investigators, but are expected to take reasonable steps to investigate allegations, and give employees an opportunity to respond. 77

[75] In AWU-FIME v Queensland Alumina Limited Moore J when considering decisions of industrial tribunals involving employees who had been dismissed for fighting in the workplace remarked:

“What emerges from these decisions is that whether a dismissal or termination arising from a fight in the workplace is harsh, unjust or unreasonable will depend very much on the circumstances. However, generally the attitude of industrial tribunals tends to be that the absence of extenuating circumstances, a dismissal for fighting will not be viewed as harsh, unjust or unreasonable. The extenuating circumstances may, and often do, concern the circumstances in which the fight occurred as well as other considerations such as the length of service of the employee, including their work record, and whether he or she was in a supervisory position. As to the circumstances of the fight, relevant considerations include whether the dismissed employee was provoked and whether he or she was acting in self-defence.” 78