Serious misconduct and the doctrine of repudiation in the workplace 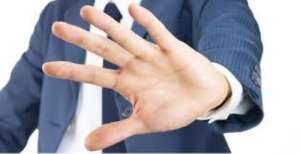 “Serious misconduct” is defined by the Act as having the meaning prescribed by the regulations and sub-regulation 1.07 of the Regulations defines the expression as follows

(i)  the health or safety of a person; or

(ii)  the reputation, viability or profitability of the employer’s business.

(b)  the employee being intoxicated at work;

(c)  the employee refusing to carry out a lawful and reasonable instruction that is consistent with the employee’s contract of employment.

(4)  Subregulation (3) does not apply if the employee is able to show that, in the circumstances, the conduct engaged in by the employee was not conduct that made employment in the period of notice unreasonable.

The common law doctrine of repudiation is not consistent with this as Deputy President Colman of the Commission clearly recognizes.

“The applicants contended that for conduct to constitute serious misconduct and justify instant dismissal it must be serious, a ‘radical breach’ of the employment relationship that is inconsistent with its continuation. In this regard they referred to the decision of the Full Federal Court in Melbourne Stadiums Ltd v Sautner. 317 However, the Full Court in that case cites a passage from Rankin318 noting that ‘there are offences which justify dismissal but which would not, in themselves, show that the employee was intending not to perform contractual obligations in the future’.319 The Full Court in Melbourne Stadiums also noted that the applicant’s conduct in that case did not necessarily have to amount to a repudiation of his contract of employment to justify his summary dismissal.320

Summary dismissal embraces termination of employment arising from breach of an essential term of the employment contract, a serious breach of a non-essential term, or conduct manifesting an intention not to be bound by the contract in the future. 321 In my view Mr Hatwell’s treatment of Mr Flens on 31 July 2017, and Mr Gelagotis’ actions in seeking to exclude Mr S.P. from the lunchroom because he had accepted employment with UGL, were serious matters, and of sufficient gravity to constitute serious misconduct.”