Restraints of trade; the legal principles 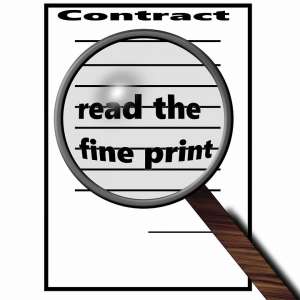 What are the the legal principles which govern the validity of restraints of trade?; here are the basics.

“The parties are agreed that a restraint of trade of this character is to be presumed to be invalid unless the plaintiff proves that it is reasonable.

The defendant contends that such proof is wanting. He says that the plaintiff lacks a “protectable interest” and, in any event, that the restraint is unreasonable because the plaintiff was, in substance, little more than an employment introduction agency.

There is no dispute between the parties that the principles to be applied can be found conveniently summarised by Brereton J in Portal Software v Bodsworth [2005] NSWSC 1179 at [63]- [68]:

“[63] At common law, a restraint of trade is contrary to public policy and void, unless it is justified by the special circumstances of the particular case, for which purpose it is sufficient justification that the restriction is reasonable having regard to the interests of the parties concerned and in reference to the interests of the public, so that while affording adequate protection to the party in whose favour it is imposed, it is not injurious to the public [Nordenfelt v Maxim Nordenfelt Guns & Ammunition [1894] AC 535, 565; Herbert Morris Ltd v Saxelby [1916] 1 AC 688, 706, 707; Lindner v Murdock’s Garage [1950] HCA 48; (1950) 83 CLR 628, 653]. While the cases refer to “special circumstances” justifying a restraint, that means no more than facts of a particular case from which reasonableness can be inferred [J D Heydon, The Restraint of Trade Doctrine, 2nd Ed, p29]. If the restraint is not reasonable in reference to the interests of the parties and the public, it is contrary to public policy and void [Buckley v Tutty [1971] HCA 71; (1971) 125 CLR 353, 376]. This test reconciles two conflicting policies, first “that a man should be free to use his skill and experience to the best advantage and should not be put in the position of a slave”, and secondly, that covenants should be observed and enforced [Herbert Morris Ltd v Saxelby [1915] 2 Ch 57, 76; [1916] 1 AC 688; Attwood v Lamont [1920] 3 KB 571, 577].
[64] While courts commence from this same general principle in all cases of restraint of trade, a more rigorous approach is applied to restraints in employment contracts than in contracts for the sale of goodwill [Nordenfelt, 566; Mason v Provident Clothing & Supply Co Ltd [1913] AC 724, 731, 738; Herbert Morris Ltd v Saxelby [1915] 2 Ch [77]. A stricter and less favourable view is taken of covenants in restraint of trade between employer and employee, than in commercial agreements [Geraghty v Minter [1979] HCA 42; (1979) 142 CLR 177, 185; Heydon, pp68-69; Woolworths Limited v Olson [38]].
[65] An employer is not entitled to be protected against mere competition; the legitimate interests of an employer which may be the subject of protection by covenant are in the nature of proprietary subject matter [Vandervell Products Ltd v McLeod [1957] RPC 185, 192; Tank Lining Corp v Dunlop Industrial Pty Ltd (1982) 140 DLR (3d) 659, 664], including the employer’s trade secrets and confidential information, and goodwill including customer connection.
[66] In order to determine whether a restraint exceeds what is necessary for the protection of the legitimate interests of the employer and therefore void, it is necessary first to construe the restraint. Absent resort to the Restraints of Trade Act, it is then necessary to consider whether, on the particular facts proved, the restraint so construed is reasonable.
[67] A restraint is to be interpreted, for the purposes of ascertaining its real meaning, independently of the rules prescribing tests of reasonableness for the purpose of ascertaining its validity [Butt v Long [1953] HCA 76; (1952) 88 CLR 476, 487; Geraghty v Minter, 180]. Nonetheless, where there is ambiguity, a covenant in restraint of trade in an employment contract will be construed in favour of the employee, so that a narrower construction of the scope of a restraint will be preferred to a broader construction, when both are reasonably available [Mills v Dunham [1891] 1 Ch 576, 589-90; Vandervell Products Ltd v McLeod, 193; Littlewoods, 1486; Butt v Long, 487] – though this does not authorise a restrictive interpretation of general words simply to save a covenant from invalidity [Butt v Long, 487; Galbally [108]]. In Australia, Butt v Long precludes the more liberal approach to construction of restraints adopted by Lord Denning MR in Littlewoods Organisation Ltd v Harris [1977] 1 WLR 14, 72, by which courts construe wide words narrowly so as to make the clause reasonable and therefore enforceable, interpreting them from the perspective that the parties’ object is legality, and if the words of the restraint are so wide that on a strict construction they cover improbable and unlikely events, declining to enforce it in respect of them. However, Butt v Long is not inconsistent with the view that a covenant in restraint of trade should be construed, in the case of ambiguity, in favour of the employee; that is to say, in favour of giving it a narrower rather than a wider operation [Butt v Long, 487].
[68] Construction of a restraint is informed by the factual matrix, and in particular the nature of the employer’s business, and the employee’s role in it. An agreement in restraint of trade is construed with reference to its subject matter, and descriptive words may be restricted in their operation by reference to the circumstances in which the parties contract. Thus restraints which at first sight are general in form, in prohibiting a former employee from offering to perform services for or soliciting the custom of the former employer’s clients, have often been construed as relating only to those services or products which the employer had offered, and covenants prohibiting a former employee from dealing or transacting business with customers of the former employer have been construed to mean business of the same or a similar kind to that which had been carried on by the former employer [Lindner v Murdock’s Garage, 635, 649; Mills v Dunham [1891] 1 Ch 576, 581, 586; Business Seating (Renovations) Ltd v Broad [1989] ICR 729, 735, (Millet J); G W Ploughman & Sons Ltd v Ash [1964] 1 WLR 568, 572; [1964] 2 All ER 10; McLaughlin Consultants v Boswell [1989] 30 IR 417, 419 (Bryson J); cf I F Asia-Pacific Pty Ltd v Galbally (2003) 59 IPR 43; [2003] VSC 192, [118]-[127]].”

“[95] Expressions which describe the necessary relationship as one in which the employee is the “human face” of the employer do so to emphasise that the source of the influence must be the personal relationship which is likely to develop, or has developed, between the employee and customer as a result of dealings between them on behalf of the employer and its business. In Stenhouse Australia Ltd v Phillips [1973] UKPC 1; [1973] 2 NSWLR 691; [1974] AC 391 at 400 the Privy Council emphasised the distinction between the use of the employee’s personal skill or experience, against which the employer is not entitled to be protected, and the use of some advantage or asset inherent in the business which can properly be regarded as the employer’s property which might legitimately be protected from appropriation by an employee for his or her own purposes. In Miles v Genesys Wealth Advisers Ltd , this Court adopted that statement of principle and described the relationship between a senior employee and customers with whom that employee had fostered close and productive relationships as being “to a substantial extent” the property of his employer notwithstanding that the relationship had also developed and been supported at least in part by the employee’s own qualities of skill and experience: at [38], [41], [54], [55]. …
[97] These statements are not, however, to be understood as requiring that the employee be proved to be in a position to control whether the customer remain with or leave the business. The employer is entitled to protection against the use of “personal knowledge of and influence over” its customers, which the employee might acquire in the course of his or her employment, so as to undermine its customer connections: Herbert Morris Ltd v Saxelby [1916] 1 AC 688 at 709; Lindner v Murdock’s Garage [1950] HCA 48; (1950) 83 CLR 628at 635, 636, 645, 647, 654. It is against the “possibility” of its business connection being adversely affected by the use of that “personal knowledge and influence” that  the employer is entitled to be protected: Lindner v Murdock’s Garage at 636, 645, 654. Latham CJ (dissenting) summarised the relevant principle as follows (at 636):

“Where an employee is in a position which brings him into close and personal contact with the customers of a business in such a way that he may establish personal relations with them of such a character that if he leaves his employment he may be able to take away from his former employer some of his customers and thereby substantially affect the proprietary interest of that employer in the goodwill of his business, a covenant preventing him from accepting employment in a position in which he would be able to use to his own advantage and to the disadvantage of his former employer the knowledge of and intimacy with the customers which he obtained in the course of his employment should, in the absence of some other element which makes it invalid, be held to be valid.””