Restraints of trade; the balancing act 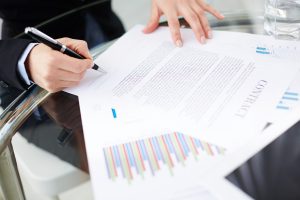 In a very hard fought and close run thing, a former employee, who, contrary to the strict terms of a restraint of trade which prohibited her from setting up a business pursuing the same or similar business objectives as her then employer, has had an application for an interlocutory injunction brought by that employer to restrain a breach of restraint of trade dismissed.

A restraint of trade made between the parties early on in her employment  and incorporated into her written contract of employment was widely drawn and prohibited the employee in the event of he leaving the company from  “Within the area NSW, carry on, be concerned with or otherwise interested in, whether directly or indirectly, as an employee, contractor, a partner in a partnership, franchisee, director, shareholder or otherwise on your own account or for another person or entity in or in connection with a business or a part of a business that competes with the business or part or parts of the business in which you performed work on behalf of the Company”.

After the employee formed the intention to leave and set up in business competition with the employer a new and less onerous restraint was negotiated between the parties which re-iterated the restraint but only where the employee might solicit work from the employer’s clients.

Unbeknown to the employer at the time of those negotiations, the employee had already began the setting up of her new business, and had allegedly copied confidential information which belonged to the employer.

In a surprising outcome, Justice McDougall of the New South Wales Supreme Court refused to grant the injunction sought, taking the view that protection of the employer’s legitimate interests did not require an absolute prohibition on the former employee working in competition with the company. It was sufficient to enforce the post-employment obligations agreement, and allow the company to assess what confidential information she had in her possession.

Instead of accepting that the frmer emp,oyee should be restrained from competing against the company altogether, the judge ordered that she submit all of her computers, tablets, mobile phones and electronic storage devices to an independent expert for an objective assessment of what, if any, confidential information belonging to her former employer was in her possession.

As the judge concluded

“An explanation of the outcome of the balancing exercise is inherently difficult to put into words except in the most general way. I accept at the outset that the plaintiff has shown a serious question to be tried. I accept there is an inter-relationship between that issue and the issue of balance of convenience. I accept that unless the plaintiff is able to find out what confidential information (if any) the first defendant has in her possession, it will be harmed. I accept that the first defendant will be harmed by being required to surrender up her electronic devices. I accept, finally, that both she and her family, will be harmed – very severely harmed – if she is not able to work.

In those circumstances, balancing the competing interests as best I can, I have come to the conclusion that the proper measure of protection of the plaintiff’s interests, with legitimate protection of the interest of the first defendant and her family, does not require that there be an absolute prohibition on the first defendant’s working in competition with the plaintiff. I am satisfied that enforcing the post employment obligations agreement and giving the plaintiff the ability to assess, from analysis of the first defendant’s electronic devices, what if any confidential information she has in her possession, will achieve substantially all that is necessary to protect the plaintiff whilst minimising the unavoidable harm to the first defendant. There are other non-contentious orders to which I have not referred expressly, but which seem to me to support that analysis of where the balancing exercise should be taken to point.

Mr Donnelly referred also to the public interest in having the first defendant continue to make her skills available in trade and commerce, and to the harm that would be suffered by those with whom she would deal in the event she were to set up her own business. Whilst there is some force in those submissions, I do not think they should be given particular weight in circumstances where, so far as I can tell, the first defendant’s skills and services are neither unique nor uniquely valuable. Nonetheless, to the extent the public interest considerations, as opposed to private law rights, have anything to say in this case, they do tend to support the outcome of the balancing exercise to which I have referred.”