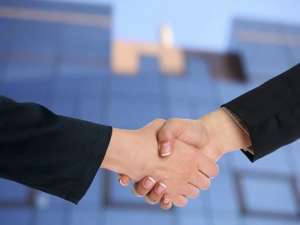 Enterprise agreements must contain a dispute settlement process. This is often the vehicle for an employee (and an employer for that matter) to invoke the process to endeavour to settle a workplace dispute, particularly in matters which do not involve a dismissal, which of course are ordinarily pursued as an unfair dismissal claims.

The following is a passage from such a case determined in the Fair Work Commission recently.

The Agreement dispute settlement clause limits the scope of workplace grievances, places conditions on representation at various levels, stipulates a procedure for progressing disputes, provides a process for internal and independent resolution of certain disputes and limits the powers of the Commission in respect to certain disputes.

Clause 1.38 prefaces the purpose of the procedure which refers to direct interaction between the employee and the university when attempting to resolve disputes in the workplace14, and that “parties will genuinely attempt to resolve grievances”.

I accept the evidence that Dr Pilbrow did not genuinely attempt to resolve the grievance. The evidence bears that out, as she did not engage with any level of management in the required steps other than sending correspondence. She did not respond to two invitations to meet with Mr Hogan who had been delegated responsibility to communicate with Dr Pilbrow in respect of the dispute.

Clause 1.38.1 provides for three mandatory steps in the dispute resolution process. The steps require that the matter will first be discussed between the Employee concerned and their immediate supervisor. The ordinary meaning of discussion is the action of talking, an email notification of dispute is not the action of talking. Level 2 and 3 is an escalation of the requirement of step 1, being the discussion between the Employee and the next level of management.

The dispute settlement clause does not provide scope for skipping a step, but it does allow for progression where the dispute cannot be resolved. Again, the scope of the clause requires effort by both the Employee and the levels of representation in the University to engage in discussion as a precursor to proceeding to the next step. The evidence shows that Dr Pilbrow did not respond to the request for further information nor did she agree to meet, despite two requests from the University.

The Commission has jurisdiction under s.739 of the Fair Work Act 2009 subject to the scope of the clause which confers the dispute settling powers and limitations on the Commission.

Having considered the dispute settlement clause in its entirety, I am of the view that jurisdiction of the Commission is not enlivened.

Clause 1.38.1 to 1.38.6 sets the scope and limitations for jurisdiction of settlement of disputes, the dispute settlement procedure is set out in 1.38.7, disputes dealt by a Disputes Committee is found at clause 1.38.8 and the powers conferred on the Commission is at 1.38.9.

The provisions conferring scope on the Dispute Committee are broader than the Commission, as the grounds for making an application before it can be on one or more of the following:

The grounds go to process and decision and this is evident by the decision of the Dispute Committee.

The disputed matters raised by Dr Pilbrow relate to process and the decision; this is what she refers to in her application before this Commission. The Dispute Committee has dealt with both process and decision. The Commission has no jurisdiction to deal with a dispute concerning a decision to make Dr Pilbrow’s employment redundant, however, it could have jurisdiction to deal with matters relating to clause 1.38.1 to 1.386, if the Dispute Committee had not done so, and provided the dispute settlement clause was enlivened by following the dispute settlement procedure steps.

I have determined that the jurisdiction of the Commission has not been enlivened as the dispute settlement procedure has not been followed. Further the grievances articulated by Dr Pilbrow concerning her redundancy and the first misconduct dispute were considered by a Dispute Committee pursuant to the dispute settlement clause which prevents such matters being referred to this Commission.

The second dispute concerning misconduct allegations cannot be dealt with as the Commission’s jurisdiction is not enlivened as the steps in the dispute settlement procedure have not been followed.

For the reasons above the application is dismissed.