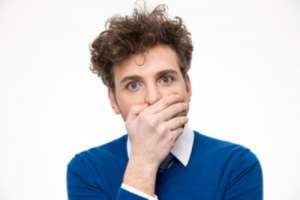 Many of my clients, both employers and employees, encounter disputes about what is meant by a contract of employment, particularly where they are drawn up by themselves rather than lawyers, or have been amended over time by themselves during annual reviews and so forth. Many of the assumptions which are made between the parties arise because the parties know what they mean, or think or assume that they do, and it is only when there is a dispute that it becomes clear that the understanding or understandings are not common ground.

How does a court sort this out when there is a dispute? Here is an example.

“There is no need in this case to enter upon discussion about the so-called ‘ambiguity gateway’; the terms of the Employment Agreement are what reasonable persons in the position of Mr Leahey and CSG would have understood them to mean, considering the surrounding circumstances and the commercial purpose and objects to be achieved by the Employment Agreement: see, for example, Ecosse Property Holdings Pty Ltd v Gee Dee Nominees Pty Ltd [2017] HCA 12; (2017) 91 ALJR 486 at 491 [16] (Kiefel, Bell and Gordon JJ). Provisions as to KPIs and revenue allocation are to be construed by reference to the commercial purpose sought to be achieved, on the basis that the parties intended to produce a commercial result, which made commercial sense, and one which is consistent with the commercial object of the Employment Agreement which allowed an important part of the remuneration to be struck for a regionalgeneral manager, by reference to regional revenue targets: Ecosse at 491 [17].”