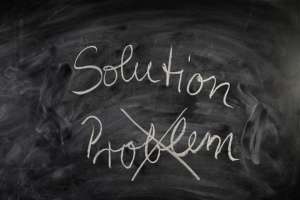 These passages from a recent decision of the Fair Work Commission express the legal principles which the Commission uses to determine the remedies for unfair dismissal when reinstatement is ordered, and issues such as continuity of service must be dealt with.

“390 When the FWC may order remedy for unfair dismissal

(1) Subject to subsection (3), the FWC may order a person’s reinstatement, or the payment of compensation to a person, if:

(a) the FWC is satisfied that the person was protected from unfair dismissal (see Division 2) at the time of being dismissed; and

(b) the person has been unfairly dismissed (see Division 3).

(2) The FWC may make the order only if the person has made an application under section 394.

(3) The FWC must not order the payment of compensation to the person unless:

(a) the FWC is satisfied that reinstatement of the person is inappropriate; and

(b) the FWC considers an order for payment of compensation is appropriate in all the circumstances of the case.

Note: Division 5 deals with procedural matters such as applications for remedies.”

(1) An order for a person’s reinstatement must be an order that the person’s employer at the time of the dismissal reinstate the person by:

(a) reappointing the person to the position in which the person was employed immediately before the dismissal; or

(b) appointing the person to another position on terms and conditions no less favourable than those on which the person was employed immediately before the dismissal.

(b) that position, or an equivalent position, is a position with an associated entity of the employer;

the order under subsection (1) may be an order to the associated entity to:

(c) appoint the person to the position in which the person was employed immediately before the dismissal; or

(d) appoint the person to another position on terms and conditions no less favourable than those on which the person was employed immediately before the dismissal.

(a) the continuity of the person’s employment;

(b) the period of the person’s continuous service with the employer, or (if subsection (1A) applies) the associated entity.

(3) If the FWC makes an order under subsection (1) and considers it appropriate to do so, the FWC may also make any order that the FWC considers appropriate to cause the employer to pay to the person an amount for the remuneration lost, or likely to have been lost, by the person because of the dismissal.

(4) In determining an amount for the purposes of an order under subsection (3), the FWC must take into account:

(a) the amount of any remuneration earned by the person from employment or other work during the period between the dismissal and the making of the order for reinstatement; and

(b) the amount of any remuneration reasonably likely to be so earned by the person during the period between the making of the order for reinstatement and the actual reinstatement.”

[39] The matters to be considered in determining any order for compensation are provided at s.392 as follows:

(b) if the employee was on leave without pay or without full pay while so employed during any part of that period—the amount of remuneration taken to have been received by the employee for the period of leave in accordance with the regulations.”

[41] Reinstatement is the primary remedy for unfair dismissal. In Ngyuen v Vietnamese Community in Australia 16 a Full Bench of the Commission said (citations omitted):

[42] In the present case I am satisfied that reinstatement is an appropriate remedy, for the following reasons. Firstly, the Applicant expressed regret and remorse for the loss suffered by the Respondent. Although the Applicant did not accept full responsibility, she conceded that she should have taken steps to avoid the mistake and did not do so. I do not accept that the manner in which the Applicant’s case was conducted before the Commission establishes a bar to reinstatement. It is difficult for a person to prosecute an unfair dismissal case while at the same time accepting total culpability for the error that led to the dismissal. In prosecuting her case for unfair dismissal, the Applicant was entitled to draw attention to what she perceived as failings on the part of the Respondent’s managers to support her and to deficiencies in the training she was provided with in the course of her employment. The Applicant did not press these points to the extent that the employment relationship could reasonably be viewed as damaged to the extent that this is a basis for finding that reinstatement is inappropriate. I also note the Applicant’s preparedness to undertake any training that the Respondent deems necessary to prevent the same error from reoccurring.

[43] Secondly, I do not accept that the assertion in the Applicant’s evidence that the Respondent dismissed the Applicant for misconduct in order to avoid paying her a redundancy payment because of a downturn associated with the COVID-19 Pandemic, is a barrier to reinstatement. While the allegation was not made out at hearing, there was evidence that the Applicant’s position had not been replaced and the Branch was being run by a Manager from another Branch who was splitting his time between two branches. It was open to the Applicant to assert that in putting this arrangement into place after dismissing her, the Respondent was not required to make the redundancy payments to her that it would have been required to make if her employment had been terminated to allow for this arrangement to be implemented.

[44] Thirdly, I do not accept that there is a reasonable basis for Mr Holland to assert a loss of trust and confidence in the Applicant. The Applicant’s conduct was careless and not wilful. The Applicant is remorseful for her part in the loss sustained by the Bank and maintained that if faced with the same circumstances in future she would have conducted herself differently by taking proper steps to verify the authenticity of the transfer request. The Applicant’s carelessness was in part, a result of a lack of training and this can be rectified upon reinstatement. It is also the case that some of the grounds upon which Mr Holland based his asserted lack of trust and confidence, were not matters that could reasonably support the assertion. For example, Mr Holland believed that characteristics and technical matters relating to the emails which caused the Applicant to make the transfer should have been apparent to her in circumstances where these matters could only have been apparent with the benefit of hindsight and following analysis which the Applicant was not qualified or trained to undertake.

[46] In finding that it is appropriate to reinstate the Applicant I accept as valid the Respondent’s submission that the Applicant’s assertion that she would have received a pay increase and/or a bonus had she remained in employment, is indicative of a lack of insight on her part. However, on balance, that lack of insight is not fatal to reinstatement in all the circumstances. I also note that the Respondent has withdrawn an earlier submission that the Applicant’s position is surplus to requirements because the Nambour Branch is being managed by the Coolum Branch. There is no other evidence of any practical impediment to reinstatement.

[47] Accordingly, I have concluded, pursuant to s. 391(1) that it is appropriate for the Applicant to be reinstated to her former position as Manager of the Respondent’s Nambour Branch and that an Order to that effect should issue requiring reinstatement from 27 April 2021. I am also satisfied, pursuant to s. 391(2) that it is appropriate for an Order in respect of continuity of the Applicant’s employment and her period of continuous service be made. Such an Order is appropriate on the basis that the Applicant has been unfairly dismissed after some eight years of service with the Respondent.

[52] I have also determined that I will not make a deduction from the amount awarded for lost remuneration, on the basis that the Applicant suffered loss from the termination of her employment which will not be completely recovered through an Order for lost remuneration. The Applicant has expended considerable effort to obtain alternative employment including undertaking retraining to obtain a position in aged care. I accept that the Applicant faced additional difficulty in circumstances where a number of positions she applied for required her to declare whether she had been dismissed from her previous employment for misconduct.”